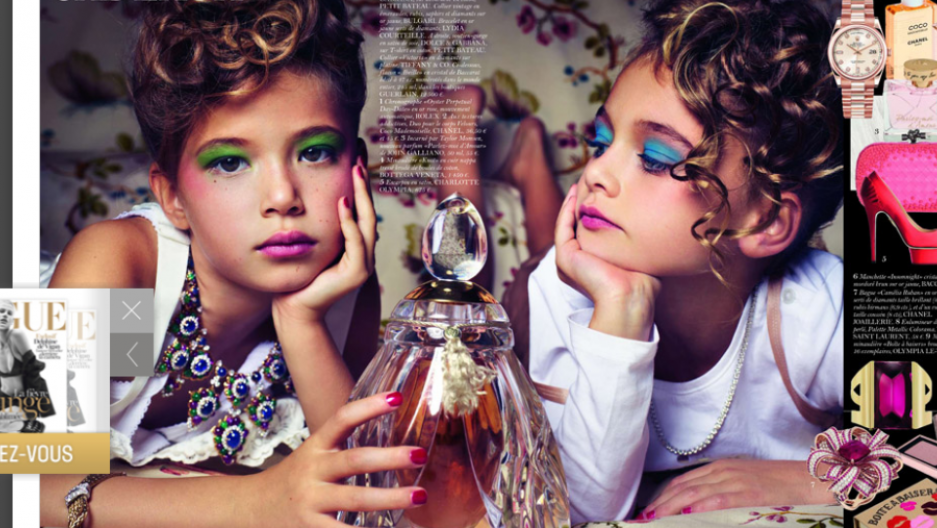 Child beauty pageants are no longer in vogue among French lawmakers, who have backed a proposal to criminalize them in order to combat the "hyper-sexualization" of children, according to Al Jazeera.

Yet it was Vogue that sparked the campaign, after a December 2010 photo spread featured two heavily-made-up young girls, one of them as young as 10 years old, the BBC noted.

The spread, in which the two are shown decked out in pricey jewelry and heels, was intended to reflect how young girls often dream about dressing up like their mothers, according to the magazine.

Instead, it set off a heated debate about age, sex, and the ethics of the marketing industry.

The most aggressive response to date is France's proposed new law, which would fine child beauty pageant organizers $40,000. The legislation passed the French senate 196 to 146 on Tuesday and now goes before the National Assembly.

The senate vote came shortly after a new parliamentary report called "Against Hyper-Sexualization: A New Fight For Equality" was released. The report calls for a ban on child-sized, adult-styled apparel, including high heels and padded bras, said the BBC.

"Let us not make our girls believe from a very young age that their worth is only judged by their appearance," wrote the report's author, Chantal Jouanno, a former sports minister for France.

The proposed law would prohibit beauty contests for those 16 years of age or under. It must first pass the National Assembly before becoming a law.