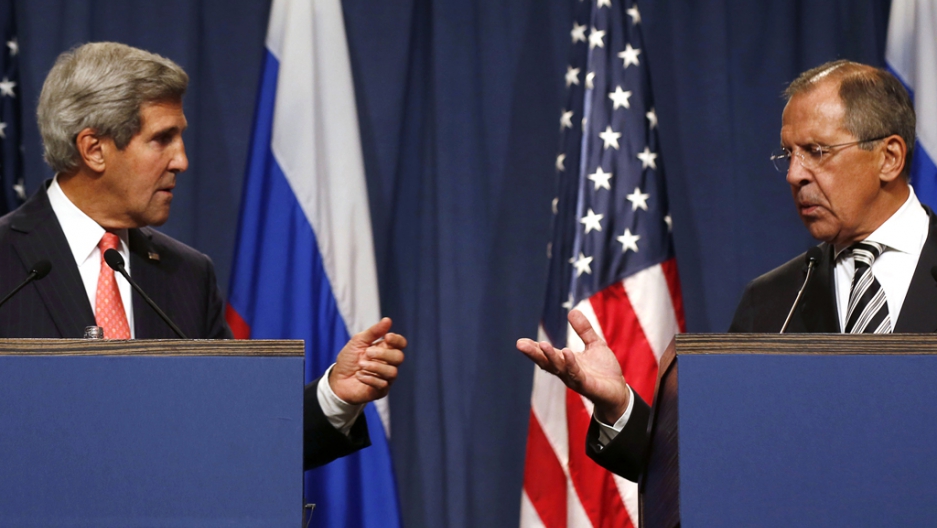 WASHINGTON, DC — He's one of the last of his kind: A man well on his way to the upper echelons of power in Moscow even before the empire came tumbling down.

Accustomed for decades to the cynical, exasperating world of international diplomacy, Russian Foreign Minister Sergei Lavrov has been called “Minister Nyet,” so predictable is his penchant for taking positions seemingly designed to frustrate the United States' plans.

Now that the US government has agreed to work with Lavrov's proposal to eliminate Syria's chemical weapons, he has vaulted in American eyes from timeserving annoyance to worthy adversary.

If the United Nations Security Council votes to approve the deal, as many expect it will at the end of the week, it will be largely because of the advocacy of the man some in Washington deride as "Assad's defense attorney."

But if his message has been as unfailingly consistent as Pavlov's dog, his experience and sense of timing were on display this month as he outflanked US efforts to win support for punitive airstrikes against the Kremlin's ally, Syria, and gain the upper hand — at least temporarily — for Russia.

More from GlobalPost's Unraveler: What are the economic risks if Syria goes south?

Lavrov is a fiercely nationalistic figure whose chain-smoking intransigence is renowned at the UN, where he served as Russia's ambassador before taking over Moscow's top foreign policy job in 2004.

He is more than a survivor: At 63, he’s one of the few members of Russian President Vladimir Putin's government who was born while Stalin was still alive, and the only one who wielded significant power during the Soviet period.

His mother worked in the then-Soviet Foreign Trade Ministry. He graduated from the Soviet Foreign Ministry's international relations institute in 1972. Most of his ilk long ago faded into the post-Soviet shadows.

Had his country not imploded, it’s entirely possible he might have served as Soviet foreign minister. None of his current colleagues, including Putin himself, who was a young KGB officer in the East German city of Dresden when the USSR collapsed, could make such a claim.

Uniquely, too, among his colleagues, Lavrov was in command of his fate as the Soviet Union began to unravel. Under Mikhail Gorbachev, there he was, timing his own defection to the nascent, rival Russian Federation bureaucracy of Boris Yeltsin.

He maneuvered with the same masterful timing that he more recently deployed to undermine support for a US-led strike against Syria.

He also maintains what analysts call "a good working relationship" with Secretary of State John Kerry, unlike his apparently poorer rapport with predecessors such as Hillary Clinton and Condoleezza Rice.

More from The Unraveler: In Syria debate, history’s in the eye of the beholder

If Lavrov has seemed to enjoy the role of spoiler, that’s because he does.

He has a brilliant, quick mind and is capable in English of a slashing rejoinder to any slander leveled at Mother Russia. He has consistently argued the other side of the "declining Russia" debate, whether the issue is military power, economic potential or Russia’s right to be treated as a superpower.

In the wake of the Arab Spring last year, when Russia’s position on Syria was even more isolated — and the prospects for Syrian President Bashar al-Assad’s regime even more glum — Lavrov insisted Russian influence would remain a major force in the Middle East.

"No matter what happens, Russia would still be treated as a reliable partner and an important guarantor of geopolitical balance, just like it used to be in the past, when the region was freeing itself from colonial rule,” Lavrov said. “There is no prejudice against Russia.”

Statements like these have been mocked over the years by US and other Western diplomats and earned Russia's foreign minister the kind of criticism once reserved for Saddam Hussein's well-groomed diplomat, Tariq Aziz.

But in light of the last two weeks, that view may have seriously underestimated Lavrov.