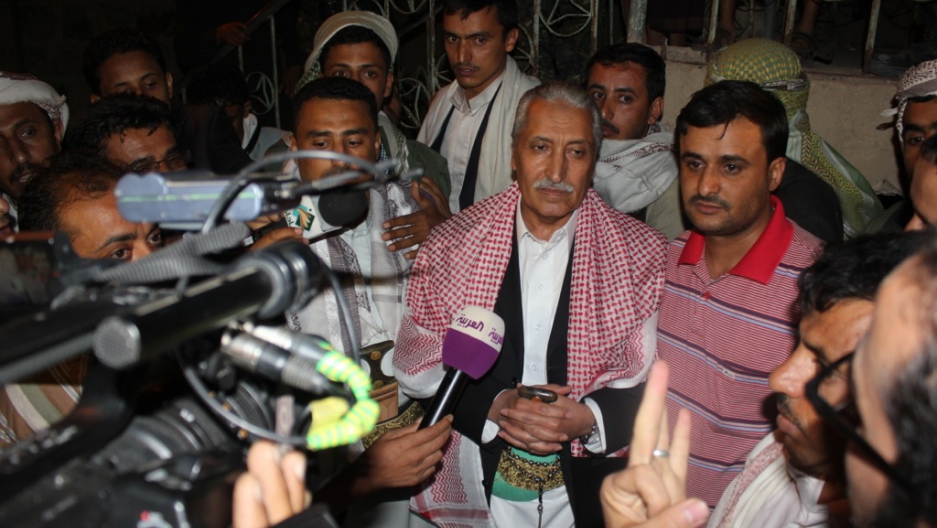 SANAA, Yemen — “Much as I miss them, I cannot live with my family anymore — my work puts them in danger,” Mohammed al-Rubaa, the 27-year-old host of a popular political satire TV show in Yemen, told me earlier this year. “The reality is that I entered a profession that may lead to a very short life."

Since a transitional government took office in Yemen in February 2012, there has been an alarming rise in attacks on journalists. Al-Rubaa was just one of 15 journalists to tell me that he receives regular death threats because of his work. Many put on a brave face and said they’ve received so many threats they no longer take them seriously.

But the threats are real. To protect their families, al-Rubaa and others have taken to living alone, only leaving the house when necessary. Al-Rubaa's television studio was bombed. At a wedding, a man pulled out a blade, held it to his throat, and told him, "If I could kill you I would." One evening in May 2012, armed men waited outside his house and chased him when he left; he barely managed to elude them.

Other journalists have had similar experiences since Abdu Rabu Mansour Hadi became president a year and a half ago, after months of popular protests forced the end of the 33-year rule of Ali Abdullah Saleh. Hadi’s government has acted to improve respect for the rights of Yemenis and has eased controls on speech and the media. Journalists are now writing with openness about all topics, including politics, corruption, and social problems facing Yemen.

Yet, this newfound freedom has been tempered by a rising incidence of attacks on journalists, bloggers, and others who speak out. But the government has largely failed to respond.

For example, Central Security Forces soldiers assaulted and detained Jabr Sabr, a 30-year-old journalist for Mareb Press, as he covered a protest in January. They took him to a prison, together with his 5-year-old son who had accompanied him to the protest, and held them for several hours. “My son used to beg me to take him with me to my work,” Sabr told me. “Now he refuses to come, and as I leave the house he asks if I will go to prison.”

Fa'id Ali Abdullah Dahan, 28, a journalist with Yemen Shabab TV, described how soldiers from the elite Republican Guard assaulted him at a checkpoint in Sanhan province in July 2012. They dragged him from a car, beat him, then locked him in a makeshift prison for hours. When they let him go, the soldiers kept his phone, camera and money, returning only enough cash for a taxi home.

At midnight last New Year’s Eve, a small bomb was detonated outside the home of Khalid Hussain al-Qarni, 47, a journalist working for the 26 September news website. Al-Qarni was not at home, but his family was, including his ill father. “After the explosion his health deteriorated rapidly and he passed away,” Al-Qarni said.

The Freedom Foundation, a Yemeni non-governmental organization dedicated to promoting press freedom, documented 260 separate instances in 2012 in which journalists faced harassment and threats — even forced disappearance and attempted murder. By mid-2013, it had recorded 144 attacks for the first half of the year.

Under the Saleh regime, it was the government that targeted journalists. Now they face attacks from various quarters, including supporters of the former president, religious conservatives and others. This appears to stem from the current weakness of the new government and Yemen’s general instability.

Various religious and political groups, each with its own agenda, were able to consolidate power during and after the 2011 uprising. They are now lashing out at journalists who are attempting to document their abuses.

Al-Rubaa does not know the man who threatened him at the wedding, nor the identities of the armed men who chased him. He may never find out. His case, like others Human Rights Watch has documented, has not brought action from the authorities. They either don’t investigate at all or, at best, respond slowly and ineffectually; there has yet to be a single successful prosecution.

If the Hadi government truly wishes to create an environment for free speech, it urgently needs to demonstrate that it will quickly investigate and prosecute people who threaten and attack journalists.

Impunity breeds acceptance of the unacceptable. Yemen is becoming a country in which expressing an opinion can get you killed. And Yemeni journalists have concluded that death threats are simply part of the job.

Belkis Wille is the researcher in Yemen for Human Rights Watch.