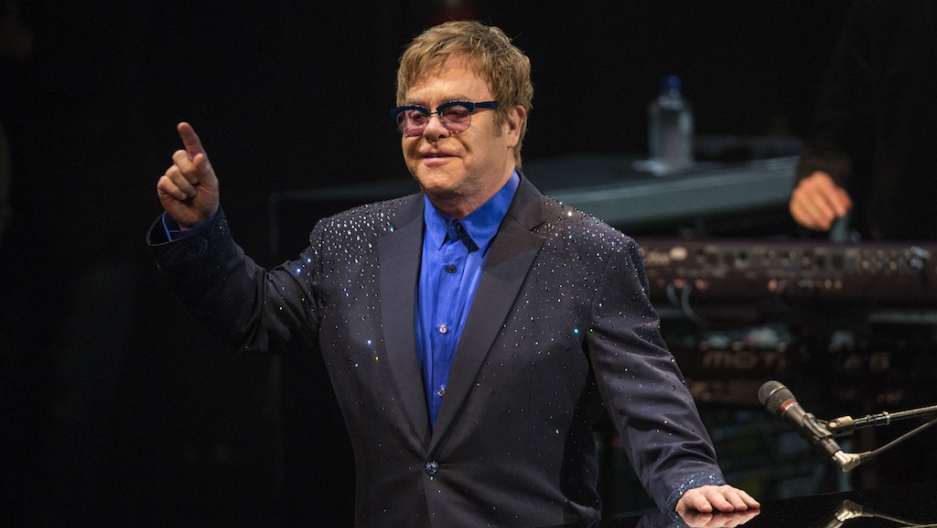 Pop star Elton John says he will go ahead with a Moscow concert despite a recently-passed anti-gay law that bans the promotion of gay rights.
Credit: Christopher Polk
Share

Elton John has said he will go ahead with a planned concert in Moscow, despite a new Russian law banning the "promotion" of homosexual relationships.

The openly gay British pop star told the Guardian that his concert would be in support of Russia's lesbian and gay community.

"There's two avenues of thought: do you stop everyone going, ban all the artists coming in from Russia? But then you're really leaving the men and women who are gay and suffering under the anti-gay laws in an isolated situation," he told the newspaper.

"As a gay man, I can't leave those people on their own without going over there and supporting them. I don't know what's going to happen, but I've got to go."

In a revealing interview, John said that he slept with his male Russian interpreter — who he claims had been assigned to him by the Kremlin — during a visit to the country in 1979.

The Russian law entered into effect in June and has introduced fines and even possible jail time for acts such as flying the rainbow flag.

Both Madonna and Lady Gaga were threatened with lawsuits after defending gay rights during recent concerts in Russia.

John, an outspoken advocate for gay rights, entered into a civil union with his partner in 2005. They have two children.

The pop star is no stranger to provoking the Russians. His 1985 hit 'Nikita' was a lament for a lack of freedoms in the Communist bloc.