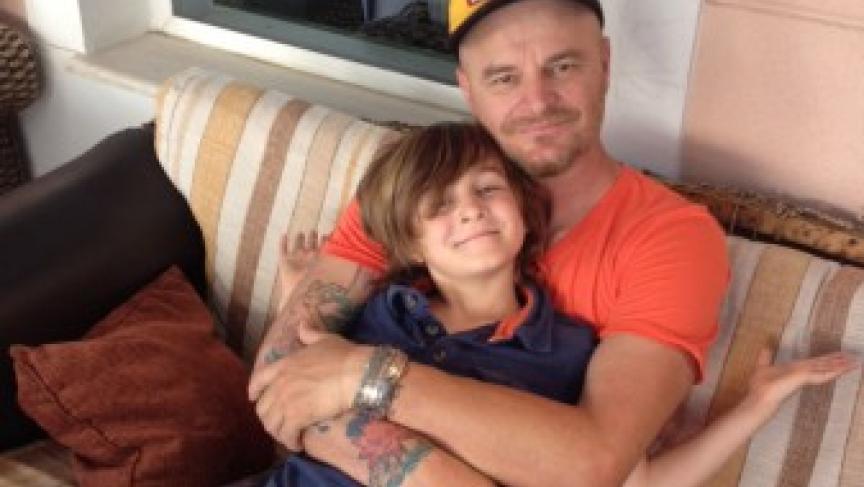 Seni Felić took his seven-year-old son, Venice to Sarajevo, Bosnia for the first time this year. Felić says he wants Venice to learn more about his Bosnian roots.

Felić came to the US without any friends or family, so he says the friends he made here became his family. He says if he could offer one piece of advice to the wave of Syrians now being torn away from their families, it'd be this: build friendships, community, in your new home.

Amir Music says he was lucky enough to stay united with his family when he had to flee Bosnia. Only his situation was made more urgent because of his mixed marriage. Music, a Muslim, is married to an Orthodox Serbian.

"My wife was working at the, with army, the Yugoslav People's Army," says Music. "And thanks to a major who worked with my wife, he told her, 'Take your family and get out by 9 o'clock in the morning. And don't come back until I tell you.'"

Music says he and his wife had one hour to pack their bags, round up their two children, and leave the country. Within few hours after they'd left, Serbian troops surrounded Music's city and began arresting people.

"Later on I learned that they actually made a list of people who are going to be executed," says Music. "So I was on the list."

Music says if literally didn't leave that morning, he wouldn't been killed.

Today Music helps resettle other refugees, through his job at the International Rescue Committee in Oakland. What's his advice for Syrians? He says if they're in the position to resettle to the US or elsewhere, they should do it--immediately. Because even if the Syrian war ends soon, it'll take years to rebuild the country. Like in Bosnia.

"It will take a really, really long time for things to get better. And they will never be the same, believe me. Never be the same. After the war nothing is the same. Especially if you have children, young children, why waste your time? Why prevent children from getting better life?"

Music doesn't agree with US military action in Syria, but he also doesn't think the world should stand by and watch when something can be done now: help Syrians refugees.