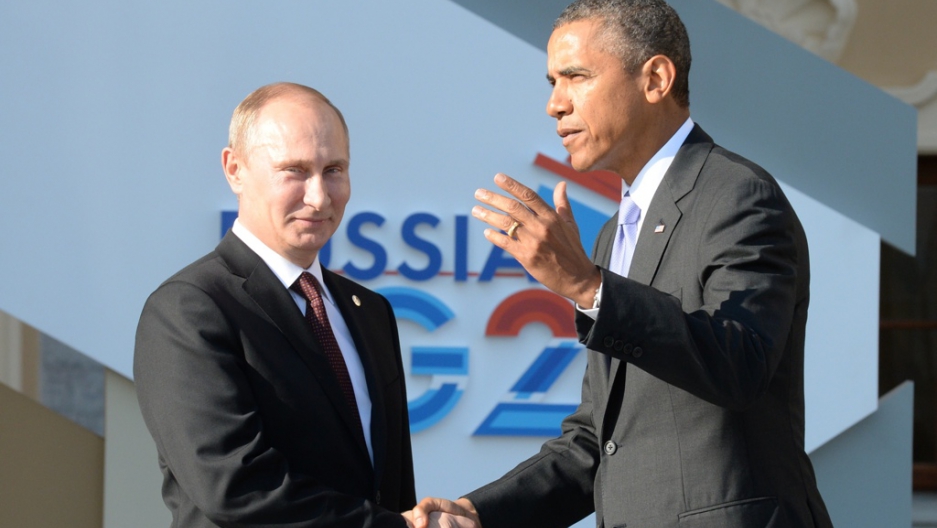 CAMBRIDGE, Mass. — The deal to rid Syria of its chemical weapons program is done.

"The United States will continue working with Russia, the United Kingdom, France, the United Nations and others to ensure that this process is verifiable, and that there are consequences should the Assad regime not comply with the framework agreed today," Obama added.

So, yes, serious questions remain: is this a good diplomatic move for the United States? Can the Syrians and Russians be trusted? And where does the war-torn country, and the rest of the region, go from here?

Is this a good deal for the United States?

Even supporters of the Obama Administration, like me, have to admit the last two weeks on Syria have been far from its finest hour. The administration was largely reactive in giving away the initiative to first Congress and then Russia and was inconsistent and often unclear in word and action. Asking Congress to make the decision on force was particularly harmful to US credibility and reliability as the leading global power.

But there is more good than bad in this deal. Here’s why.

First, as many have noted, Assad refused to admit just last week that he even had chemical weapons. In agreeing to this deal, Assad is acknowledging for the first time that he has the weapons, will turn them over to the United Nations and sign and adhere to the Chemical Weapons Convention. That is a lot of progress in just a week.

Second, contrary to conventional wisdom, the chemical weapons agreement may end up weakening Assad, not strengthening him. In the unforgiving and harsh political culture of the Arab world, chemical weapons gave Assad, like his father before him, a hedge against Israel’s military superiority and the means to leverage his many foes inside and outside of Syria. Like Saddam and Qadhafi before him, Assad will soon discover the public humiliation of being forced by the outside world to give up an important symbol of his government’s military power. This could translate into a loss of face for Assad personally. And in practical terms, Assad will lose some of his power to intimidate and to be feared.

Third, Putin may look like a diplomatic Svengali this week, but he is now the author and owner of a high profile agreement to take weapons away from one of his only friends in the Middle East. The US will have every right to pressure its Russian co-pilot on the deal to make Assad honor it. Moscow will come under tremendous international pressure to hold Assad’s feet to the fire. While Putin elevated his and Russia’s international street cred by throwing a lifeline to the sinking American and Syrian governments last week, it won’t last long. The reality is that Russia is a lonely state globally — it doesn’t have a single treaty ally it can depend on and suffers from a largely negative image internationally. What does Russia stand for on the global stage except for the restoration project Putin has undertaken to try to plug the holes in Russia’s sinking superpower status?

Putin showed his true colors in publishing his surprise op-ed in the New York Times. Some thought it a masterstroke. But it was actually a sly, disingenuous and hypocritical stunt. What honest and well-meaning mediator would publish an outright attack against the country and leader he is supposedly trying to help? American wariness of Putin has now hit the high water mark. He is clearly smart and calculating. But why would we ever trust him?

The conventional wisdom is that Putin got the better of Obama last week. Maybe. But in the long run, this agreement will force him to take away Assad’s chemical weapons on a US timetable.

Fourth, Secretary of State John Kerry made sure he did not give away, as Putin wanted, the future right to use force should Assad seek to renege on the deal. As Syria (and Russia) would never have agreed to negotiate on chemical weapons without the US threat of force, the same principle will apply during the intrusive inspection regime ahead. The US will have to make a continued credible threat of force to convince Assad to keep his word. Kerry negotiated an effective agreement from a position of relative weakness at the start of the week.

Isn’t there a risk that Assad and the Russians won’t keep their word?

There is a high probability that Assad and Putin will be difficult partners throughout the months ahead. And Assad may very well try to avoid implementing the agreement altogether.

Fulfilling the deal will depend on two factors — how well and faithfully it is implemented,and how effectively the US can use the threat of force to compel Assad to make good on his commitments.

It is certainly troubling that Assad has not made a clear and convincing statement that he will honor the agreement since it was announced by the US and Russia over the weekend.

He will face an early test of his sincerity when Syria is asked to meet the first target of the agreement--providing a complete accounting of its chemical weapons stocks to the UN by next week.

Obama and Kerry were careful over the weekend to warn that the US reserved the right to use force should Syria not honor the agreement. When the UN Security Council passes its resolution this week or next to codify the Geneva agreement, it will do so under Chapter VII of the UN Charter. Kerry was right to insist on that provision as it compels all member states of the UN, including Syria, to comply. But Putin and Lavrov insisted that the right to use force to implement the agreement be left out of the Geneva agreement and the UN resolution.

That is why it is so important for Obama, in particular, to continue to insist the US will take military action if necessary. This is the big risk and real test for the US in the Geneva deal — can Obama now make a convincing case that we will get tough if provoked by Assad. Some now doubt that he will. After the dramatic and confusing twists and turns in US strategy over the last few weeks, it bears watching.

What should the US now do to prevent the Syria problem from widening into a regional war?

The chemical weapons crisis is an important issue but is not as significant to the average Syrian as the ongoing civil war.

President Obama has a rare opportunity to reassert American leadership, now under attack in many quarters in the Arab world. He should consider two high-priority missions this autumn.

The first is to lead a more vigorous international campaign to help the more than six million Syrians who have lost their homes and are refugees inside and outside the country. The humanitarian crisis now unfolding in Syria is among the most serious and heartbreaking in many decades. Without immediate attention from the great powers, led by the US, millions more will suffer.

The US should go back to the drawing board with Turkey, Jordan, Lebanon and others to investigate the feasibility of establishing humanitarian exclusion zones to which refugees could go for protection from the fighting.

The second idea is to work with Russia, the Arab states, the Syrian government and rebels on a longer-term solution — a cease-fire and eventual political arrangement to end the fighting for good.

If we are out of the regime change business in the Middle East, and President Obama has been adamantly clear on that point, we will have to work with the Assad government as well as the main rebel groups to achieve protection for the refugees and a deal to end the war.

As President Obama mentioned in an intriguing aside in his Sunday interview with George Stephanopoulos, we might even work with Iran in such an effort.

The US has not pursued a consistent leadership role on the Syria conflict since the fighting started two and a half years ago. We now have no choice but to do so. The success or failure of the chemical weapons deal may hinge on our ability to work more effectively with Russia, Turkey, the Arab countries, the Syrian government and rebel factions to end the fighting before it engulfs the entire region.