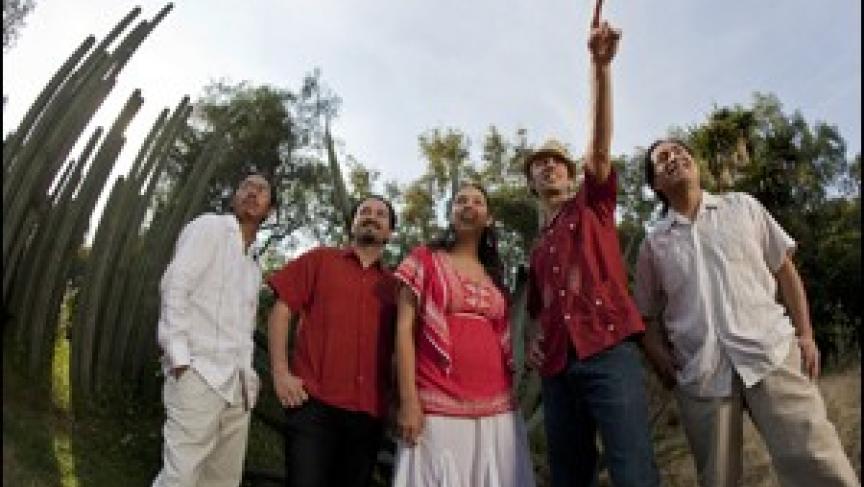 Founder and musical director Alonso Borja says the record took a year to complete, though most of the songs were written and arranged a while back.

Borja says one of their early goals was to record a completely original album. But this meant that they had to open up to a wide array of sounds. That's what makes it difficult to define what kind of music they play, he says. It's a mosaic that reflects the group's identity, not just as Mexicans, but as Latinos in general.

With the current situation of violence in Mexico, Alonso Borja says the band is committed to making music that helps people cope with the climate of despair, at all levels.

"And not just physical violence of killing, but poverty and inequality are so widespread," he says. "What's most needed right now are expressions of love, toward people, to cherish life."