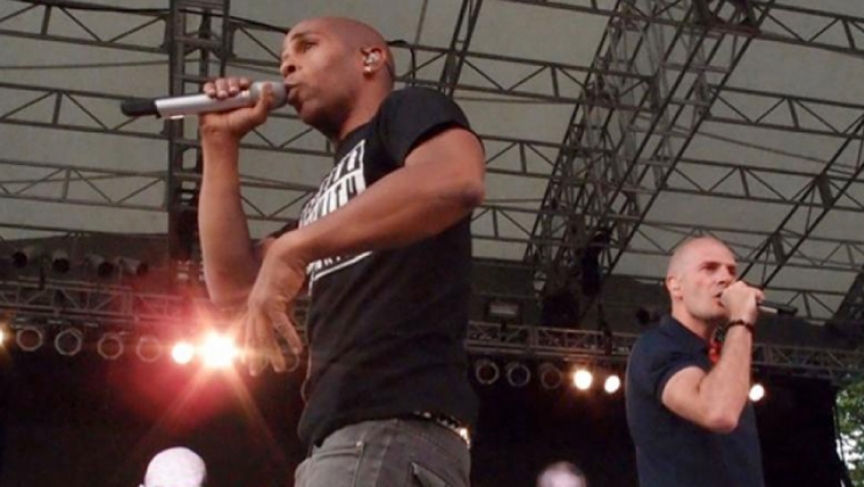 French rap group IAM has been around since the late 1980s. They catapulted to the top of the French charts with a string of 90s hits, starting with "Je Dance le Mia," a song that's a worldwide dance staple to this day.

The band is closely identified with their hometown of Marseille, but the inspiration to start IAM came from the birthplace of hip-hop, New York City. In the mid-80s, the MC and frontman Akhenaton, and Kheops, the group's DJ, arrived in New York, when the city was going through some hard times.

Akhentaton and Kheops found an apartment at the end of a subway line in Coney Island, Brooklyn. Though they weren't exactly taking the city by storm, they spent their nights at Manhattan's Latin Quarter club. It was kind of like the Studio 54 of the burgeoning rap scene. Everyone who was anyone in hip-hop was at Latin Quarter, and Akhenaton and Kheops were able to rub shoulders with the pioneers of rap music. They credit that exciting time with helping them find their sound.

"We had all the ideas here [in New York], because we were observing," Akhenaton remembers. "We were going to Latin Quarter club, so that's where we met everybody: KRS One, RUN DMC, and Red Alert."

Akhenaton planned to stay in New York after Kheops went back to France, but when Kheops started negotiating a record deal at home based on early IAM mixtapes, he was summoned back to sign the contract. In that moment the New York chapter of Akhenaton's life closed.

IAM went on to sell millions of records, and their conscious hip-hop inspired a generation of young French musicians to use wordplay to express their hopes and frustrations. In late June the group finally played their first New York City show, a free outdoor concert in Central Park to a capacity crowd of thousands.

For an upstart rap group whose early struggles were reflected in their lyrics, the New York show marked a milestone 25 years in the making.