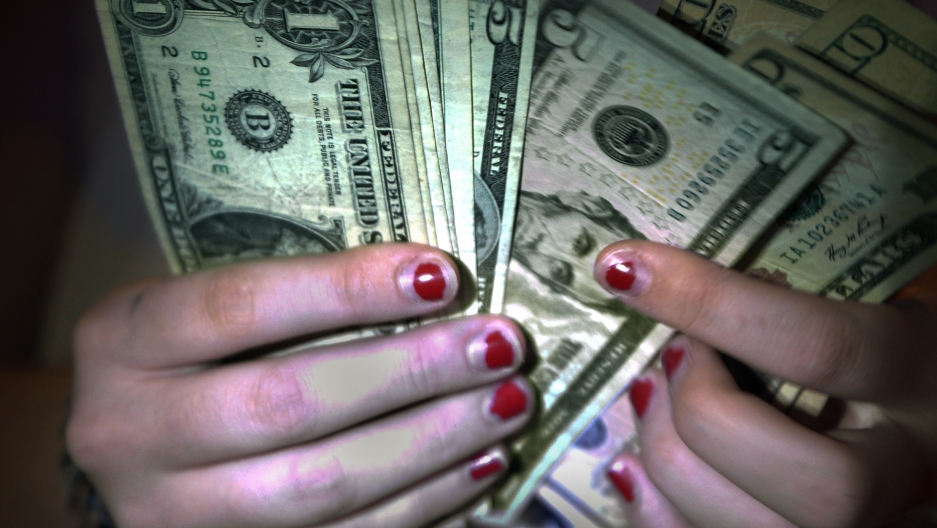 Dollars are a hot commodity in Argentina thanks to government restrictions.
Credit: Daniel Garcia
Share

The current gap between America's rich and poor is the widest in history, new research using Internal Revenue Service data reveals, as the country continues to struggle to recover from a crippling economic downturn.

The new report, entitled "Striking it Richer: The Evolution of Top Incomes in the United States," analyzed IRS data from 2012 all the way back to 1913 to come to some striking conclusions about America's increasingly severe income disparity.

Researchers found that while the incomes of the so-called 1 percent of earners have almost made a full recovery from the bust years, those in the bottom 99 percent have only just begun to bounce back.

That's not all: the top 10 percent of US households controlled 50.4 percent of total income in 2012, the highest figures seen since 1917, the tail-end of the prosperous Progressive Era.

At very top of the heap, the richest 1 percent's share of total household income was a record 19.3 percent last year.

The bad news for America's low-earning class just keeps coming: other data found that the top 1 percent saw their incomes recover by a respectable 31.4 percent during 2009 and 2012.

That's 95 percent of the total gain recognized in the US. The bottom 99 percent had to content themselves with growth of only 0.4 percent.

Berkeley researcher Emmanuel Saez suspects the even better-than-usual prosperity of the wealthy in 2012 may be in part explained by their rush to cash in stock holdings to avoid higher capital gains taxes, according to CBS.

The paper notes that while the Great Depression saw sweeping policy changes that reduced income inequality, no such magic bullet appears to be imminent during our modern Great Recession — indicating that US income concentration is unlikely to decline much in the near future.