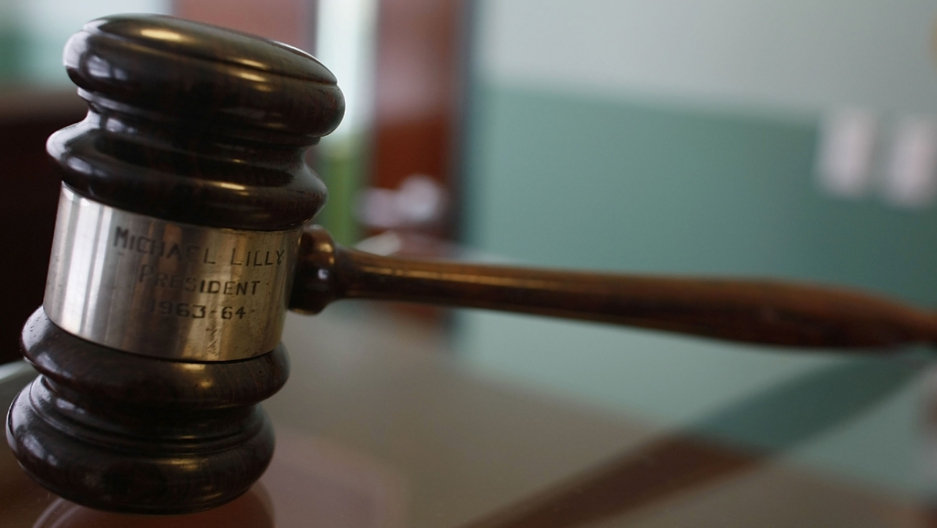 A gavel rests on top of a desk in the courtroom of the Black Police Precinct and Courthouse Museum in Miami. (Photo by Joe Raedle/Getty Images)
Credit: Joe Raedle
Share

American couple Larry and Carri Williams was convicted on Monday in the death of their adopted Ethiopian daughter, Hana Williams.

Carri Williams, who maintained her innocence throughout the trial, was found guilty of homicide by abuse and manslaughter, and her husband, Larry, was convicted of first-degree manslaughter.

"It was a very sad, sad story," said Skagit County Prosecuting Attorney Rich Weyrich. "It was something that shouldn't have happened. Fortunately, we were able to prove the charges, so we were able to hold them accountable."

The couple was accused in 2011 of causing their 13-year-old daughter's death. Hana reportedly died of hypothermia in the family's backyard. Investigators said the girl's adoptive parents also beat her, starved her and forced her to use an outhouse.

Both Carri and Larry were also found guilty of first-degree assault of their 10-year-old son, also adopted from Ethiopia.

The family allegedly practiced disciplinary methods from the book "How to Train a Child."

Defense lawyers argued that questionable parenting practices do not necessarily mean a crime was committed.

The trial was delayed several times and Hana's body was exhumed in January in order to determine her age, since no documentation of her birth in Ethiopia was available. Her age was significant because the charge of homicide by abuse is only applicable if the victim is under the age of 16.

Both Carri and Larry Williams will be sentenced next month and face up to life in prison. They are expected to appeal the verdict.