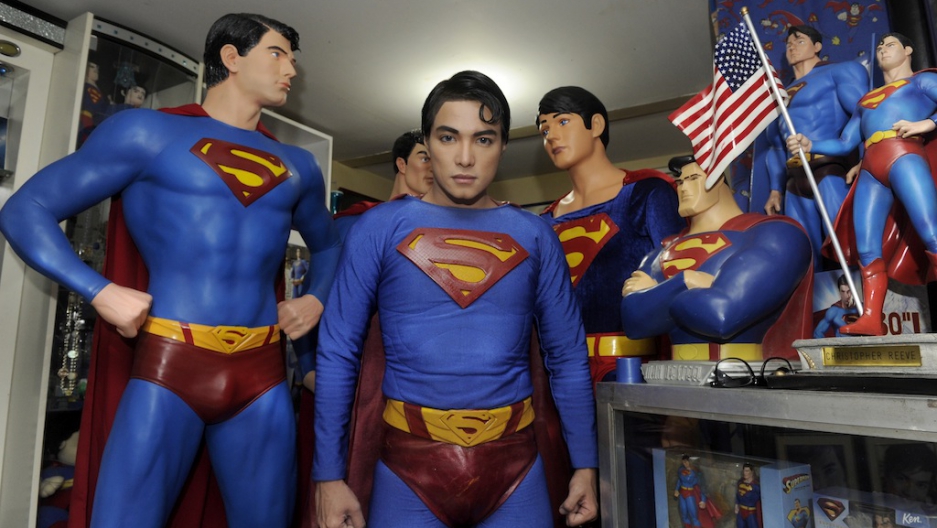 It is neither a bird, nor a plane, nor even Superman himself, but rather a 35-year-old Filipino guy who has had 19 surgeries to look like the superhero.

Herbert Chavez, of Calamba City, Philippines, has transformed his face and body to look just like the fictional character Clark Kent.

He has had nose jobs, skin whitening, liposuction, jaw realignment, and pectoral implants, the Telegraph reported.

To get Superman's washboard stomach, Chavez even had abdominal implants.

In a feat of heroism, Chavez managed to not pay for any of the surgeries, but rather signed a promotional agreement with his surgeon – you scratch my back, I'll make your back look like Superman.

Chavez fell in love with Superman at the age of five and is said to have spent nearly $10,000 on memorabilia.

He often takes to the streets in costume to teach children good morals and virtues – just not that whole thing about being who you really are.

"I feel like a superhero whenever I pull on the costume, but my mission is not to save the world, but to help in my own small way and bring a smile to the faces of local children," said Chavez, according to the Telegraph.