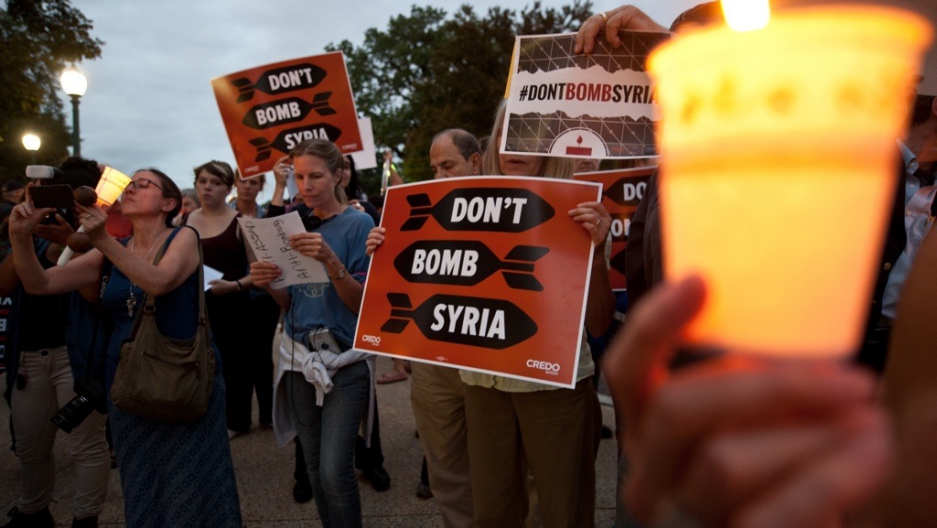 People protest against a US military intervention in Syria near the US Capitol in Washington on Sept. 9, 2013. (Nicholas Kamm/Getty Images)
Credit: NICHOLAS KAMM
Share

Even though most Americans believe that Syrian President Bashar al-Assad gassed his own people, a strong majority of Americans are against the United States authorizing a military strike against his regime — this according to a CNN/ORC International poll released Monday.

More than seven in 10 say such a strike would not achieve significant goals for the United States and a similar amount say it's not in the national interest for the country to get involved in Syria's civil war.

Obama has had to contend with this increasingly war-weary public as his administration debates its strategy to stop the use and spread of chemical weapons in Syria.

Here is a look at America's dwindling support for military action abroad.

When the invasion began in October 2001, polls indicated that about 88 percent of Americans supported the effort.

Americans in Los Angeles call for military action in Afghanistan after a memorial service for victims of 9/11. (Lucy Nicholson/AFP/Getty Images)

Before the Iraq War in March 2003, polls showed that 47-60 percent of the US public supported the invasion.

Sailor Jason Buerger hugs his son, Kyle, while his daughters wait before he is deployed to Iraq on March 3, 2003. (Sandy Huffaker/Getty Images)

American support for drone strikes in Pakistan is divided. In February 2013, 56 percent of Americans supported them, according to the Pew Research Center. But others have expressed concern over their legality, as well as mounting civilian casualities.

A US Predator drone armed with a missile stands on the tarmac in Afghanistan. (Massoud Hossaini/AFP/Getty Images)

Before March 2011, when the US intervened in Libya, only 22 percent of American voters thought the United States should get involved.

Late last month, days after news broke of a chemical weapons attack in Damascus, Syria's capital, only 9 percent of Americans supported a military intervention in Syria. After a two-week PR push by the Obama administration and a national debate, still more than 70 percent of Americans did not support any kind of strike on Syria.