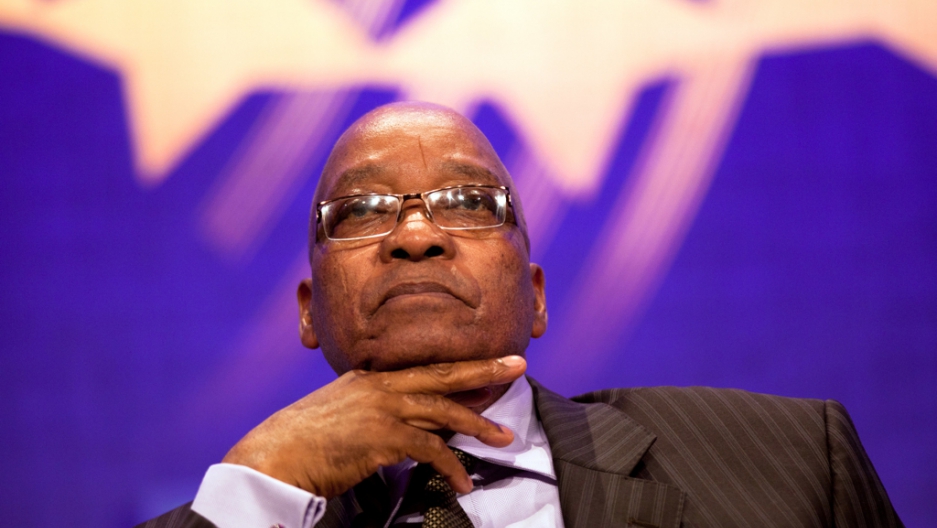 A gaudy headline read "Game On!" but the two young presenters stood stiffly with frozen grins, desperately waiting for a cricket clip to roll. One of them gestured off camera with increasing urgency.

This is ANN7 — Africa News Network 7 — funded by close friends of President Jacob Zuma and with the stated aim of bringing "constructive, nation-building stories" to South Africa, “in the interests of building a culture of unity and pride.”

The shoddiness and sloppiness are symptoms of ANN7’s preoccupation with positive news that won’t irritate the African National Congress government, rather than journalistic standards. The question is, will South Africans want to watch?

Plagued by mispronounced words, on-screen typos, technical mishaps and uncomfortable dead air, ANN7 has in the nearly three weeks since its launch brought South Africans together in laughter, if nothing else. Clips of on-air bloopers by models hired as newsreaders went viral, until they were pulled off YouTube after an apparently affiliated company sent out copyright infringement notices.

But the 24-hour satellite channel has also ignited a debate over the role of the media in South African society. Broadcasters and newspapers with ties to the government are touting the idea of “sunshine journalism,” in contrast to the fierce adversarial tradition of South Africa’s independent media.

State broadcaster the SABC recently launched its own 24-hour news channel — competing with a privately owned rival, eNCA, and receiving only slightly better reviews than ANN7.

Anton Harber, a journalism professor at Johannesburg’s University of the Witwatersrand, said the choice will be for South African viewers to decide.

“I think journalism is at its most useful when it is challenging, probing and disruptive, and the main problem with the kind of reporting we are seeing on the SABC is that it is terminally boring,” Harber wrote in a column for Business Day, a national daily newspaper.

“I want to revel in the noisy, disorderly contestation of a vuvuzela democracy.”

The ruling ANC is clearly happy with the new network, issuing a congratulatory message to ANN7 as soon as it launched.

“The ANC wishes the network well and trusts that it will play a constructive role in our national discourse, exercising media freedom in a balanced and objective manner that supports and enhances our thriving democracy,” said party spokesman Jackson Mthembu. "The South African story remains largely untold.”

ANN7 has been bankrolled by the Gupta family, themselves on the receiving end of a truckload of negative press earlier this year after commandeering South Africa’s main military air base to fly in guests from India for a niece’s Bollywood-style wedding.

More from GlobalPost: Who let the Gupta family land at a South African military base?

The pro-Zuma New Age newspaper, launched by the Gupta family in late 2010, has raked in the lion’s share of lucrative government advertising despite refusing to submit its circulation to auditors.

So far many of the commercials on ANN7 are for The New Age, and products distributed by Sahara Computers, the Gupta’s main company.

A former ANN7 consulting editor has alleged that editorial policy is “dictated” to staff, and described “interference at every level.” Rajesh Sundaram said journalists were told to either ignore Zuma’s political opponents or show them in an unflattering light.

Sundaram, who has since returned to his native India, said that when he took the job he was told that journalists would be free from interference, but this wasn’t the case.

“I quit because the shareholders were violating laws, subverting editorial processes, abusing staff,” he wrote on Twitter. “I could have continued with the cushy job at ANN7 and closed my eyes to violations. I chose not to do so.”

@justinmettew @NomfundoEngler I could have continued with the cushy job at ANN7 and closed my eyes to violations. I chose not to do so.

Meanwhile, last week the Independent newspaper chain in South Africa, which includes major dailies in Johannesburg, Pretoria and Cape Town, was sold by its Irish owners to a consortium with close ties to the ANC.

More from GlobalPost: Read all about it: Newspapers are thriving!

Watch more bloopers from ANN7 below: