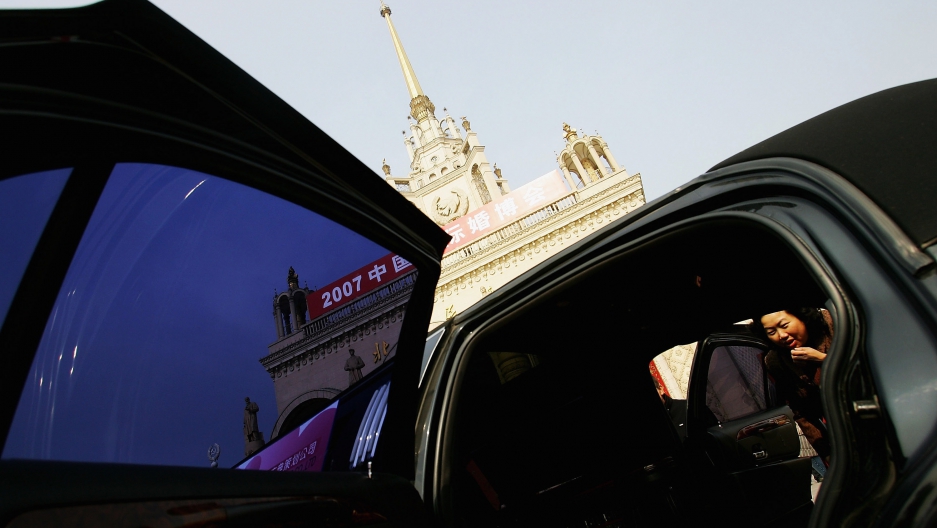 A woman gets in her limo in Beijing. A key rule of doing business in China is to cultivate connections, or guanxi, but now JPMorgan is under scrutiny for allegedly hiring powerful officials' family members.
Credit: Guang Niu
Share

“Wait,” you could practically hear compliance departments across Asia asking, “doesn’t every company in China do that?”

For years, consultants have advised multinationals that if they want to succeed in China, they need personal connections to people in power, or "guanxi." “No company can go far unless it has extensive guanxi,” according to the 2007 book, Guanxi and Business, one of dozens of business manuals on the subject.

Among Chinese, these connections can come from family, friends, school, or a common provincial home; for foreign firms, they often come from the strategic hiring of Chinese “princelings.”

Even just a short list of the publicly known hires covers most of Wall Street’s major players.

Merrill Lynch gave a job to Wilson Feng, the son-in-law of a member of China’s ruling Politburo Standing Committee. Morgan Stanley hired Sabrina Chen, the granddaughter of one of the Chinese Communist Party’s founding leaders, the so-called “Eight Immortals.” Goldman Sachs put on its payroll Hong Ning, who is related by marriage to China’s anti-corruption chief.

As for JPMorgan, the megabank has hired numerous princelings, including the daughter of China’s railway ministry head, and the son of an executive at China Everbright, a finance company.

The motives behind this practice are not necessarily simple corruption.

Partly because of culture, and partly because of a weak legal system, China’s economy runs on guanxi. Before inking deals, executives and officials are expected to socialize in order to build trust. While economists might view this behavior as inefficient, or corrupt, it can also carry certain benefits. Businesses that exchange gifts or favors can expedite agreements, shorten negotiations, reduce arbitration and mediation costs, and avoid lawsuits.

In practice, it’s not always easy to see the line between a cultural practice and corruption.

Visitors to the US are often surprised that tipping is so widespread. Seen from the outside, Americans’ habit of handing out little extra bundles of cash in restaurants, taxis, and hair salons seems strange, if not immoral.

“I think a tip could easily be perceived in China as something a little bit negative, whereas in the US it’s expected,” says David Ahlstrom, professor of management at the Chinese University of Hong Kong. “I give tips in China and I get some funny looks. And now I see why. I guess they see it as something like a bribe.”

For US firms operating abroad, the rules governing corruption are broad but vague. Under the 1977 US Foreign Corrupt Practices Act, companies that operate in the US are forbidden to give “anything of value” to foreign officials in exchange for an unfair advantage.

In the case of JPMorgan, which has not been accused of wrongdoing, regulators would have to show that the bank acted with “corrupt intent” when hiring Chinese princelings.

This may be difficult to do, though US officials are reportedly scrutinizing the bank’s $162 million deal with Everbright that followed the hiring of the chairman’s son.

Whatever the result of the investigation, it will undoubtedly have a major impact on how Western multinationals try to build their guanxi on the mainland. As Wei Liqun, a professor of business at Hong Kong Baptist University, points out, “almost all famous banks and Fortune 500 firms try to recruit people with political connections in China.” If they can no longer target the children of the elite, it may hurt their ability to land deals in the short run.

But from the standpoint of critics, this is a good thing.

As China has become more unequal, they say that guanxi has become a way for the rich and powerful to keep the benefits locked within their class. In this view, “guanxi” is little more than a euphemism for crony capitalism.

“Now it’s not equal opportunity at all,” says Wei. “Now you can just bribe a governor’s son, or use a connection, that gives a huge advantage. I actually have some friends who are working in business who are getting rich from their connections with city governors, provincial governors. China is full of opportunities, but the allocation of this opportunity is not fair,” she said.

Punishing foreign companies that play along with this system may seem like a good start, but it will be difficult to tackle the problem at its foundation as long as so many vested interests in China are benefiting from it.

“Guanxi is a huge problem, potentially huge for the future of China,” Wei continued. “But we have no way to control it. There are just too many people, accumulating wealth for too many years. If you jump into China business and government circles, you will see it’s really bad.”