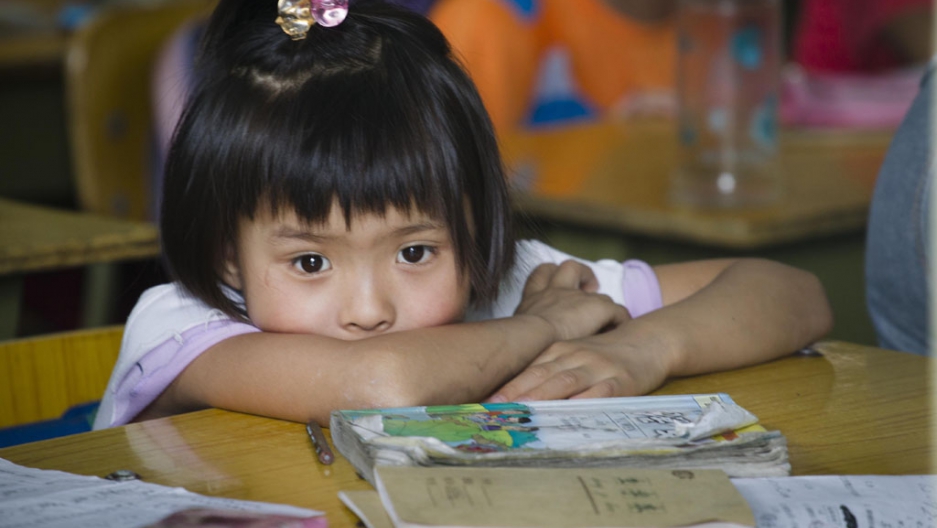 In a country that stretches more than 3.7 million square miles with a population of 1.3 billion, it’s no wonder people in China might have trouble communicating with each other.

On top of that, many from the remaining 70 percent of China’s people speak Mandarin poorly.

Every September for the past 15 years, the ministry has paid special attention to promoting the use of Mandarin.

“The country still needs to invest in promoting Mandarin,” Xu said, according to Reuters.

“This year the ministry will focus on the remote countryside and areas inhabited by ethnic minorities.”

Yet finding that common tongue is particularly difficult in China, where the CIA World Factbook lists eight languages are spoken, each with multiple dialects.

More from GlobalPost: The changing face of Chinese labor, an in-depth report

Benjamin Carlson, GlobalPost’s senior correspondent in Hong Kong, puts the issue in perspective by reminding us that 400 million people is “greater than the entire population of the United States.”

“Most people outside China don’t realize just how limited the spread of the ‘standard’ language is,” Carlson said. “Even apart from radically different ‘dialects’ like Shanghainese, Wenzhounese, and Cantonese, people from different provinces often have difficulty understanding one another.”

Beijing’s effort to popularize Mandarin across the country can be met by some with indignation, at best, and violence at worst, Reuters said.

Tibet opposes Mandarin in schools, and hundreds have demonstrated in the city of Guangzhou for fear their language, Cantonese, is being marginalized.

“The political angle to this is that China’s government wants to make Mandarin – which is based on Beijing dialect – into the universal language in China,” Carlson said. “For minorities like Tibetans, Uighurs, and Mongols, this is particularly controversial, as language is inextricably tied up in their ethnic identity.”