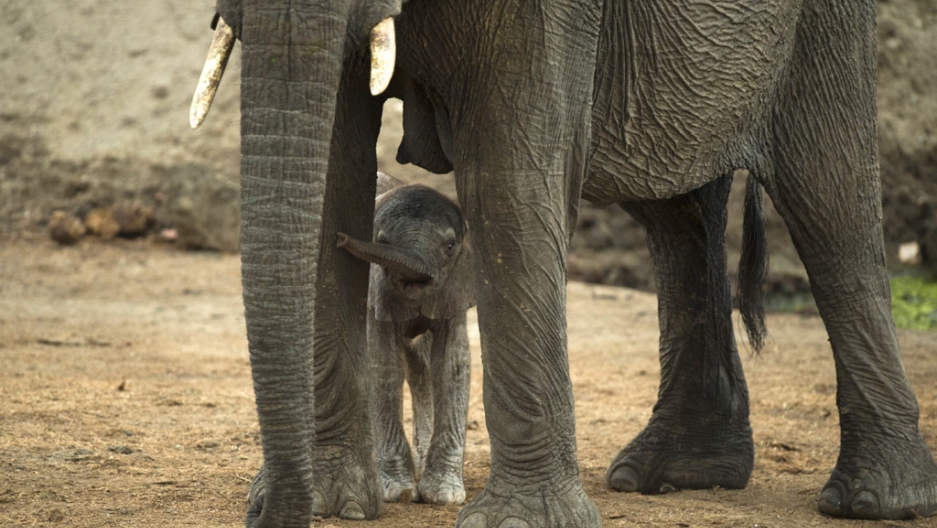 An African elephant and her baby are pictured on November 17, 2012 in Hwange National Park in Zimbabwe.
Credit: MARTIN BUREAU
Share

Police in Zimbabwe arrested six men accused of using cyanide to poison elephants on Friday, according to local media reports.

Authorities recovered about $120,000 worth of ivory from 17 tusks, the Zimbabwe Chronicle reported.

The men stood accused of lacing watering holes frequented by the elephants.

“What they were doing is very cruel because it does not end with the death of the elephants,” Chief Inspector Muyambirwa Muzzah told the Chronicle.

The elephants were found in the Hwange National Park after a ranger heard gunshots.

The park's spokeswoman Caroline Washaya Moyo told BBC News that tests would confirm cyanide was in fact used to kill the animals.

That 41 elephants have died makes it Zimbabwe’s worst case of poaching, Moyo said.

The Mail and Guardian in South Africa said elephant poaching was on the rise.

Ivory trade has doubled since 2007, the Mail and Guardian said, citing a report from this year’s Convention on International Trade in Endangered Species.

It tied the rise in poaching to rising poverty levels.

More from GlobalPost: Elephant poaching in Africa captured on film