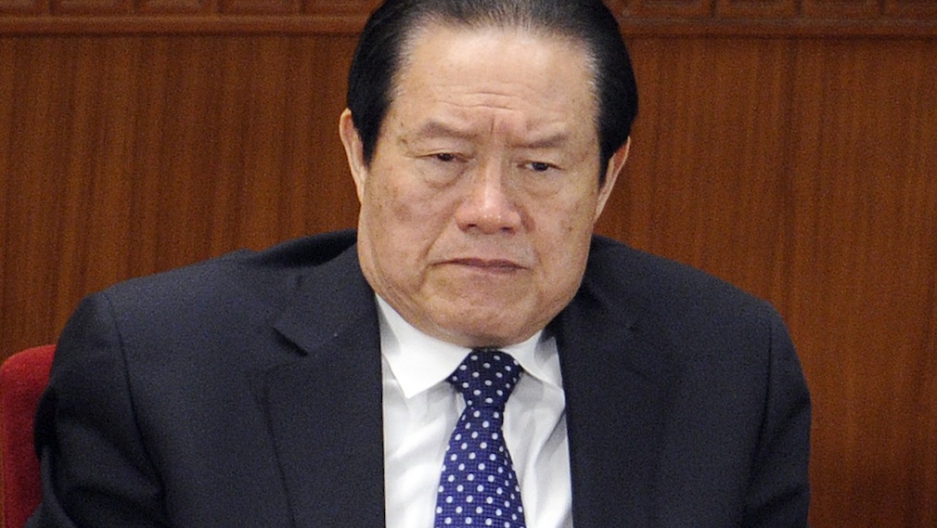 Zhou Yongkang attends the opening session of the National People's Congress (NPC) at the Great Hall of the People in Beijing, in March 2012.
Credit: Liu Jin
Share

HONG KONG — Just days after the trial of Bo Xilai, another top Chinese official is reported to be in Beijing's sights for an anti-corruption crackdown.

China’s government has not yet commented and confusion remains over the details. But according to the South China Morning Post, party leaders have agreed to begin an investigation into Zhou Yongkang, China's former security czar. In contrast, Reuters has quoted sources saying that Zhou is not the target of investigation, but is actually assisting the probe.

If true, this would mark the first time an official of his rank has ever been probed for corruption. Zhou significantly outranks Bo Xilai, whose wife was convicted of murdering British businessman Neil Heywood.

Known as a tough man fond of doing pushups to show off his physical strength, Zhou was one of the Communist Party's nine top bosses during the administration of President Hu Jintao, which ended in March. He ruled the country's vast law enforcement machinery for a decade. He has an extensive power base in the oil industry and in Sichuan province.

Already, several of Zhou's biggest allies in the oil industry have reportedly been hauled in. Jiang Jemin, the chairman of oil giant PetroChina, and Wu Bing, a Sichuanese hydropower magnate, have been detained for corruption.

Analysts are divided on the significance of the campaign.

Some believe it's little more than an attempt by President Xi Jinping to shore up his power by proving he can topple one of China's strongest politicians of the last decade.

"This investigation looks a lot like an old-fashioned political purge, with the newly installed leadership using corruption charges as a weapon to eliminate an opposition faction within the power structure," says Tom Holland, a financial columnist in Hong Kong. "If China's new leaders really want to establish their credentials as reformers, ... they should instruct their anti-graft sleuths to begin digging a little closer to home, for example in the mining and telecommunications equipment sectors."

These are the sectors where family members of Xi Jinping amassed significant wealth, according to a report by Bloomberg.

But other experts view the investigation as a sign that Xi sincerely wants to pursue reform, and is willing to take on powerful vested interests to do it.

David Zweig, a China politics expert at the University of Science and Technology in Hong Kong, says that "clearly, the driving force behind it all is anti-corruption. The second force behind it would be the weakening of the state-owned enterprises."

Zweig pointed out that a similar assault on powerful oil-industry cadres in 1979 helped pave the way for Deng Xiaoping's market reforms in the 1980s. In this view, what matters is not the fate of Zhou Yongkang, but sending a warning to China's powerful vested interests that change is coming.

"It sends a message, 'Don’t stand in the way of my effort to reform this place'" Zweig says. "Maybe you can’t bring down Zhou Yongkang, but you certainly let it be known that even a strong tough guy like him, you can really rattle his cage."