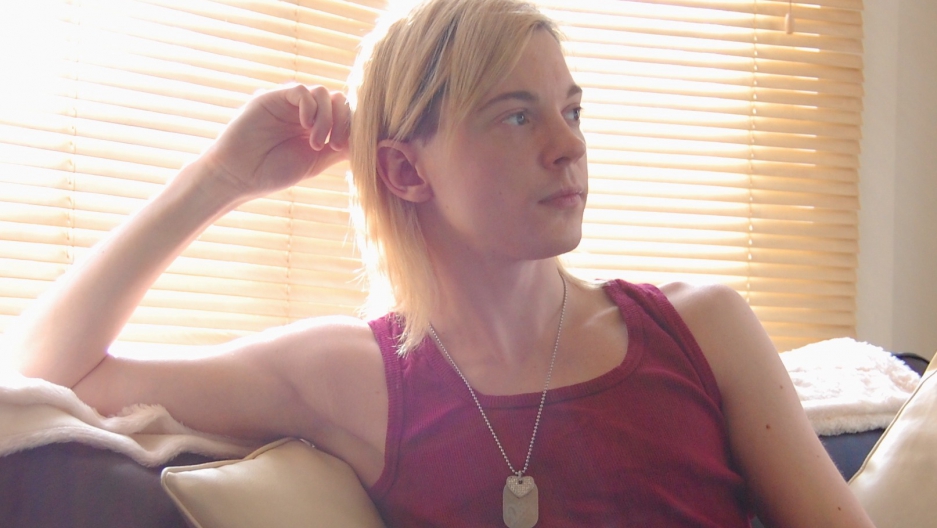 Josh Brandon in his Soho apartment: “You have to be unshockable.”
Credit: Corinne Purtill
Share

GlobalPost looks at the changing nature of sex work in Britain in the third of a four-part series.

LONDON, UK — From his walk-up apartment on a fashionable gritty Soho block, Josh Brandon — a lithe, alabaster-skinned platinum blond in his twenties with elfin features and an easy laugh — runs a burgeoning business empire.

There’s his website, which features a blog, reviews from satisfied clients, and photo galleries both public and paywalled. He tweets, of course. He runs an escort web directory, a webcam site, an online sex shop and an adults-only dating site. His book, The Gay Escort’s Guide to Getting Rich ... And Staying Rich, comes out in December.

Brandon says he prefers the term escort to sex worker, prostitute and other labels for people who sell sex for a living.

“It’s not how I think of myself,” he says. “We’re business people. We’re entrepreneurs. We happen to use sex as our service.”

Like Brandon, the majority of sex workers in Britain are self-employed and work from their homes. As freelance professionals working in a competitive market, making one’s name as an escort is as much about marketing and self-branding as it is about sex.

His efforts have paid off. His endorsement deal is with a brand of blue-and-white luxury linens that adorn his bed. When he isn’t meeting clients here, he’s jetting to Rome, Miami, New York and other places devoted customers fly him.

Born in a small village in a coal-mining region in Wales, Brandon dropped out of school at 14 and moved to London soon after.

For all his success in the big city, he retains small-town manners. He offers a cup of tea and a seat on a comfortable leather sofa. Sitting with a cigarette in one hand, he assumes the politely attentive expression of a schoolboy.

“I’ve been 20 for the last God-knows-how-many years,” he says with a grin. (His schoolboy costume is upstairs. It’s a favorite with clients.)

Getting his name as close as possible to the top of Google’s search rankings, one of his main concerns, is an ongoing project that requires smarts, hours of time and a major investment in advertising. Brandon says he spends a minimum of $1,000 a month on marketing.

A quick search of any combination of city, preferred gender and term that might describe a paid sexual partner — escort, sex worker, rentboy, prostitute — yields a dizzying number of results. Escort agencies come in at the top, followed by the websites of independent escorts like Brandon.

Technology has been both a blessing and a bane.

It’s never been easier for clients to discreetly search for escorts who appeal to their preferences, or for sex workers to set up their own websites.

However, the internet is also enabling people to find partners willing to have no-strings-attached free sex more easily than ever.

That’s bad for business. Search for escorts online, and Google will try to talk you out of it.

“Why pay for an escort?” asks a pop-ad for the site AshleyMadison, which links married people looking to have affairs.

Then there’s Grindr, a popular GPS-enabled smartphone app geared toward gay and bisexual men. Open it up and up pops a list of other users ranked by their geographical proximity — accurate within 200 feet — with green dots showing who’s online, up for a chat and possibly more.

Social media has largely eliminated openly gay men from Brandon’s customer base. Most of his clients are men married to women.

But doing sex work in the UK has advantages. On his several working trips to the United States, Brandon was initially surprised by clients’ initial evasiveness on the phone until he remembered that a simple business call in Britain is part of an illegal transaction there.

Moments after Brandon arrived in his first American client’s hotel room, the man abruptly lunged forward and grabbed his crotch.

It was a test, the man explained apologetically afterward: an undercover cop would have reflexively jumped away.

Hiring Brandon isn’t cheap. His rates begin at the equivalent of $225 an hour at his apartment or $300 at a different location, a standard fee for high-end escorts. He sees up to five clients in a day.

They can be an emotionally high-maintenance group: men who aren’t entirely comfortable with their sexuality or double lives they’re leading. Brandon is often their first male sexual partner, an experience that can be both exhilarating and fraught with emotion. De facto therapist is one of his many job functions.

“That’s the tiring part, to be honest,” he said. “It’s more exhausting than having sex all the time.”

He knows he can’t continue forever. His ultra-youthful looks are his calling card, and although he does what he can to take care of them — no drugs, little drink, daily sunscreen — he’ll be able to fulfill the fantasy of being other people’s beautiful boy for only so many years.

“Ten years is probably a good run,” he says. “I don’t want to be an old escort. I want to leave all that and do more media things.”

His ambitions include marketing his own lines of condoms and underwear, and he’s done some research into possible factories in China.

Whatever he ends up doing, he says escorting has enabled him to hone his proclivities and abilities: a fascination with marketing and business, a solid work ethic and the ability to listen without judgment to strangers’ most intimate desires.

That’s the key, he says. “You have to be unshockable, to have a completely open mind.”