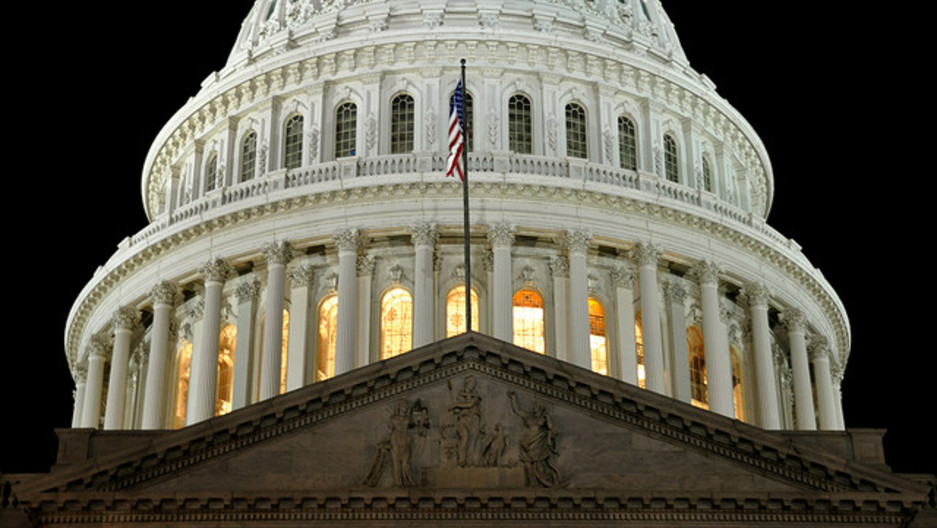 President Barack Obama has requested congressional permission to intervene in the civil war in Syria. (Photo courtesy of Kevin Burkett.)

Secretary of State John Kerry and Secretary of Defense Chuck Hagel went to Congress Tuesday, hoping to make the case for U.S. military intervention in Syria, where hundreds of people, including children, were killed in an alleged chemical weapons attack last month.

President Barack Obama over the weekend announced his decision to use military force to punish Syria for the use of chemical weapons, but said he would seek authorization from the U.S. Congress for his actions.

The president's decision to seek approval from a gridlocked Congress after revealing his own position has raised the stakes but U.S. Senator John McCain, a Republican and long-time advocate of military intervention, says it has also created uncertainty for the U.S. moving forward in Syria.

Unlike in 2011 when President Obama faced criticism for engaging in military operations in Libya without congressional consent, he asked asked for permission to intervene against Syria, which has been locked in a civil war that has lasted more than two years and claimed an estimated 100,000 Syrian lives.

McCain has pointed to Russian and Iranian support of Syrian President Bashar al-Assad's military as a sign that things could get worse for the rebel Free Syrian Army. The U.S. has yet to offer the rebels any military support, a point that McCain called "disgraceful."

Consistently described as a war hawk, McCain has spoken ardently in support of the president's plan for intervention.

"Do we want to sit by and watch this massacre take place?" Sen. McCain said. "Right now Bashar al-Assad is winning — we need the Free Syrian Army to win."

Requesting permission from Congress was not the president's only available course of action. The controversial War Powers Act gives the president the power to order military engagements for up to 60 days before he is required to seek approval from Congress. In fact, U.S. efforts in Libya exceeded the 60-day mark, though the White House says they were engaged for more than 60 days.

"We cannot have 535 commanders in chief, there's only one," McCain said calling for the president to announce his plan to a "skeptical" American public.

So now that President Obama has put his plan before Congress, how likely is it to get passed?

The answer comes down to a debate within the president's party, experts have said. The Democrats have a range of views regarding U.S. intervention and the president will need their strong support to gain congressional approval, Zwillich said.

"This is about punishing Assad," said Democratic Senator Robert Menendez, chairman of the Senate Foreign Relations Committee. "This is about deterring and degrading significantly his ability to deliver further chemical weapons against civilians, however in doing so you actually significantly degrade the regimes overall ability to fight."

On the Republican side a growing number of "isolationist" congressmen are war-weary and against intervention in Syria — and elsewhere.

McCain, who said he would have supported Obama's implementation of the War Powers Act, said the president could find his credibility damaged in the Middle East should Congress go against his wishes.