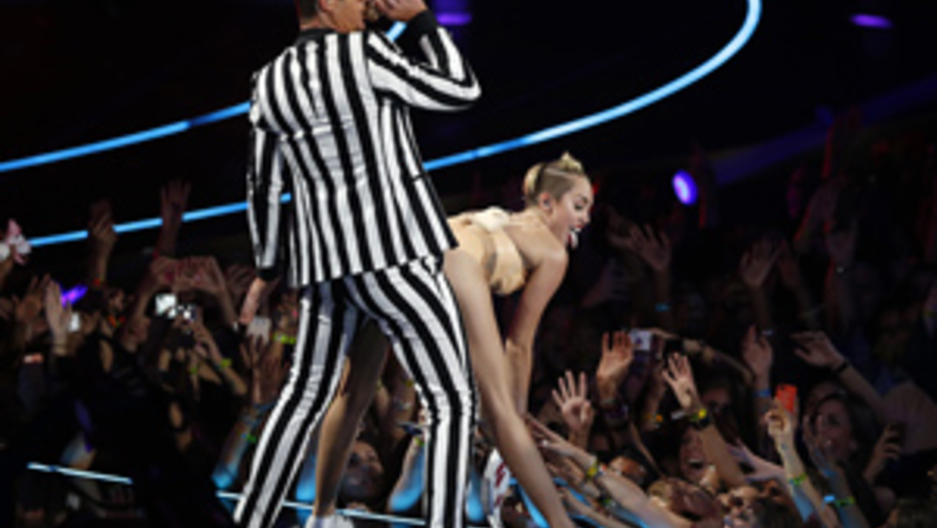 Share
The word "twerking" made it into the Oxford dictionary online last week. I guess that's a reason for us to talk about it. There's actually another and better reason to get on the twerk express, though, other than the word twerking and the antics of Miley Cyrus. While everyone is talking about Miley Cyrus's moves at the recent 2013 MTV Video Music Awards, no one is talking about Ivory Coast and a dance called the mapouka. It was twerking before twerking. Nearly 15 years ago on this show, we told you about the mapouka. It began long ago among ethnic groups in the southeast of Ivory Coast. Mapouka, in the local language, means–and there does not appear to be a better translation–the butt dance. It's performed mostly by women, and usually for ceremonies where they shake their buttocks vigorously from side to side, almost as if the rear end is shivering independently of the rest of the body. Then an updated version there of the mapouka in the mid-90s took that motion, and upped the ante. The dancers spread their feet apart, drop their hips lower to the ground, hands loosely on the top of the hips, moving them as if they were hinged just at the top of the pelvis. The song in Ivory Coast that pushed the dance craze beyond suggestiveness to outright miming of sexual intercourse was a tune by Les Tueueses du Mapouka, or the Mapouka killer ladies. The dance left so little to the imagination that in 1998 the government of Ivory Coast forbade anyone to dance the mapouka in public. Some say the ban on the mapouka in Ivory Coast actually popularized the dance and it spread across the world. All the way to a New Orleans that was riding the wave of "bounce music." And the mapouka found a new home in the US as twerking. This is where we might update the story with the latest twerking hit. But instead, there was a twerking song that preceded the mapouka. It was recorded in Congo when it was still Zaire. The dance was the kwassa-kwassa. When it came out, it was so shocking that onlookers would ask in French, "what is that?" or C'est quoi ca? And thus was born the kwassa-kwassa.