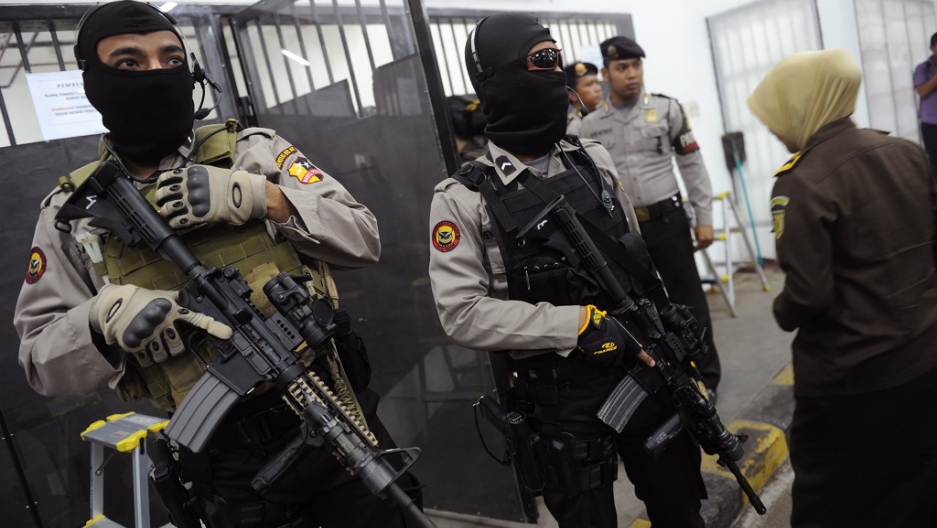 WASHINGTON — Accusations of opacity, lack of accountability, and extrajudicial killings are not criticisms reserved solely for US counterterrorism policies. The Indonesian government faces similar grievances, domestically and internationally, in its own counterterrorism campaign.

With its ongoing foreign policy pivot to Asia, the United States is looking to Indonesia, already a regional economic powerhouse, as a like-minded democratic partner.

Encouragingly, Indonesia’s counterterrorism police, though roubled by a history of human rights abuses, have haltingly begun to admit wrongdoing in select cases. Washington should applaud Jakarta’s move toward accountability, emphasizing that respect for human rights will not only further Indonesia’s counterterror operations but also strengthen its nascent partnership with the US.

Earlier this month, it released two suspected terrorists due to lack of evidence. Emerging from police captivity with bruised wrists, the two men were placed in the custody of a leader from Indonesia’s second largest Muslim organization, Muhammadiyah. The handover came on the heels of protests from the human rights group Indonesian Police Watch (IPW) and an investigation by Muhammadiyah that continues to demand an explanation from police.

Densus 88 was formed with financial and logistical support from the United States and Australia in the wake of the 2002 Bali bombings. It is also known as Special Detachment 88, and has had success in breaking apart jihadi terrorist cells in Central Java. Indeed, the unit’s operations have earned praise from some Western media outlets and even a nod from the Obama administration.

But in spite of strong support among the Indonesian public, Densus 88 is also plagued by frequent protests and rebukes. Densus 88’s shoot-first record and allegations of torture have drawn the ire of Indonesian Muslim organizations and international watchdogs alike. Shrugging off criticism seems to be its standard operating procedure, although the recent incident showed a significant improvement in the organization’s accountability to the Indonesian people.

Earlier this year, a video surfaced on YouTube showing masked Densus 88 officers harshly interrogating and continually striking several wounded suspects. In the 14-minute video, an officer appeared to shoot one unarmed suspect in the back. The video punctuated the contentious relationship between the unit and Indonesia’s Muslim organizations, which carry considerable weight in the country with the largest Muslim population in the world.

After several prominent Muslim leaders called for the disbandment of Densus 88, the National Commission on Human Rights (Komnas HAM) launched an investigation, eventually confirming the authenticity of the video. The YouTube video only added to concerns over Densus 88’s extrajudicial killings, sparking debate in the Indonesian legislature over whether or not to end the unit’s mandate.

Critics of Indonesia’s unofficial “take no prisoners” counterterrorism strategy point to the blowback associated with Densus 88 operations. Terrorists have now shifted their focus to domestic targets, especially the police, representing a tactical as well as retaliatory response.

Last month, a man claiming to be a high-priority terror fugitive named Santoso declared war on Densus 88 via YouTube, issuing a call to arms for jihadists against the police force.

Others accuse the Indonesian government of announcing terrorist arrests and confirming kills in order to distract the general public from other hot-button political issues, such as discrimination against religious minorities. Some warn that the government’s increased reliance on Densus 88 undermines the rule of law and due process in the country.

One can easily draw parallels between the debates going on in Jakarta and in Washington over the trade-off between security and liberty. Liberal democratic ideals should not count among the casualties of a robust counterterrorism campaign.

As domestic debates over surveillance, drone strikes, and torture rage on, the US government should look outward and demand the same scrutiny of its friends and allies, especially in cases where US and foreign counterterrorism operations work in tandem.

This demand would not be unprecedented. In 2008, the US government cut funding for Densus 88 operations in the Moluccas over human rights concerns. However, as the YouTube video has proven and Komnas HAM has reaffirmed, some abuses have continued — with American funding.

As economic ties between the US and Indonesia strengthen, the United States should take Jakarta to task over Densus 88’s spotty human rights record. Last week’s prisoner release could very well represent a watershed moment for Indonesia’s government. This trend of greater accountability and transparency in Densus 88 operations should continue at the urging of the United States.

The lead up to President Obama’s upcoming October visit to Bali for this year’s APEC Summit offers the perfect opportunity to open a dialogue.

Tyler McBrien is an intern at the Council on Foreign Relations. He is a senior at Claremont McKenna College.