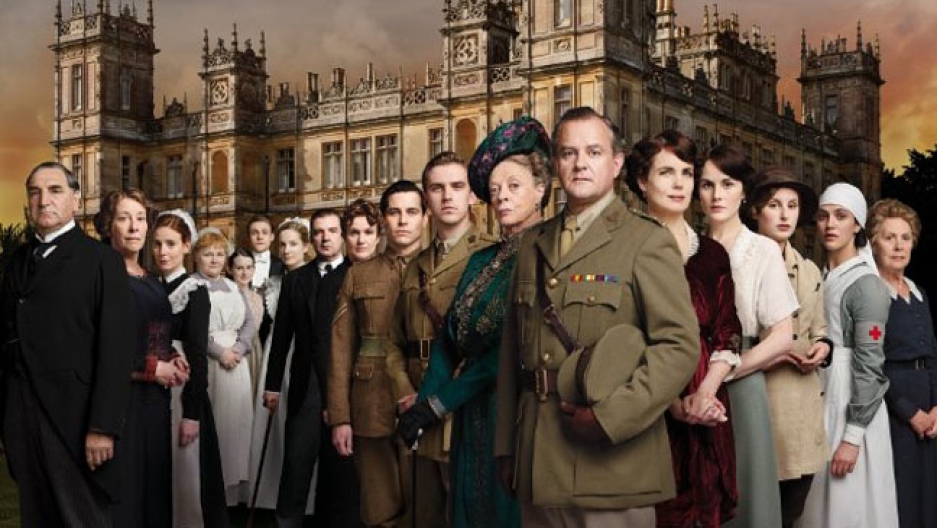 The drama both upstairs and downstairs at Downton Abbey won't be back on American TV screens for another four months but the newly released trailer offers a peek of the drama to come.

The first full trailer for Downton Abbey season 4 debuted on Saturday giving viewers a taste of what's in store for the Crawley family.

Last season threw some heart wrenching curveballs at the residents of Downton Abbey.

Lady Sybil died after giving birth to her and Tom Branson's little girl, the estate was going broke and the Lord and Lady Grantham's marriage was in trouble.

The season ended in grief after Lady Mary's beloved husband Matthew was killed in car accident on the way home from the hospital after the birth of their son and heir to Downton.

Season 4 opens at a low point for the Crawley family several months after the accident.

Lady Mary is still single and feeling pressure to find a new husband while dealing with her grief over the death of Matthew.

"You have a straightforward choice," says Maggie Smith's matriarch Violet Crawley in the new trailer.

"You must choose either death or life."

Downton Abbey had more than its share of tragedy during Season 3 but from the trailer there's no doubt that the house is ready to get back to life.

Anna and Bates steal kisses and even Branson is seen with a new love interest.

Season 4 will also debut new additions to the cast including Paul Giamatti who will play Lady Cora's brother, Harold.

Jazz singer Jack Ross, played by Gary Carr, will join in episode four as the first black character in the period drama.

The British series was also nominated for Outstanding Drama Series.