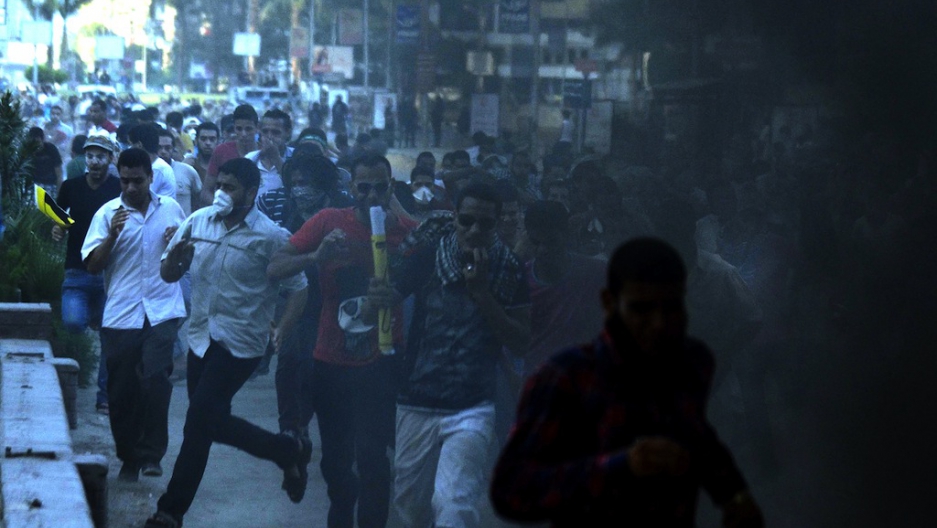 An al Qaeda affiliated group active in Iraq and Syria called for Egyptians to take up arms and fight against their military rulers in a lengthy Internet statement released on Saturday.

In the 32-minute audio message, Abu Mohammed al-Adnani, spokesman for the Islamic State of Iraq and the Levant, or ISIS, said deadly crackdowns on Islamist protesters in Egypt proved armed opposition was the only option.

"The Egyptian army is part and a mere copy of these armies which are seeking in a deadly effort to prevent God's laws from being adopted and trying hard to consecrate the principles of secularism and man-made laws," al-Adnani said. The audio has not been independently verified.

The spokesman also criticized the Muslim Brotherhood and the country's first democratically elected president, Mohamed Morsi, who was deposed in Egypt's July 3 coup.

Al-Adnani called Morsi's Muslim Brotherhood “a secular party with an Islamic cloak, worshipping power and parliaments, and their jihad is for democracy and not for God’s sake."

The Brotherhood has asked protesters to remain non-violent, though clashes in recent weeks have been fairly common.

Speaking to Egyptians, Syrians and Iraqis, Al-Adnani urged them to “renounce peaceful calls and to carry weapons and join jihad for the sake of God."

ISIS is mainly focused in Iraq, but the group is also active in Syria, where a rebel opposition is fighting to overthrow President Bashar al-Assad.