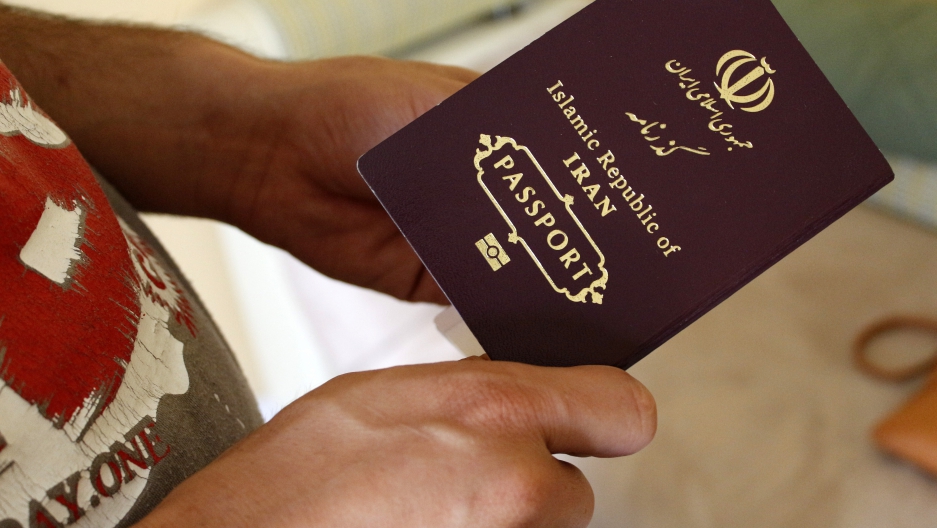 Iran is one of several countries that allows the execution of individuals for homosexual conduct. As a result, some LGBT citizens choose to leave with help from an “underground railroad” spanning from Iran to Turkey and then across the globe, from Canada and the United States to Europe and Australia. Turkey, the first stop for many on this underground railroad, is a strange limbo for refugees. Refugees don’t know how long it will be until they’re assigned a new country by the United Nations High Commissioner for Refugees (UNHCR), and they don’t know where they’ll go next. After an initial interview that grants them refugee status, they wait for a second interview. After the second they wait for a third. Finally, if all goes well, they get a new country and a date of departure. The average waiting time is 18 months.

KAYSERI, Turkey — Arash was part of Iran's Green Movement, which protested against Mahmoud Ahmadinejad, whom many considered to have been fraudulently elected. In his small room in the house he shares with another LGBT refugee in Kayseri, Arash shows the green T-shirt he wore during those days.

“Three years ago on this very day I was in the street near the University of Tehran, and they shot a guy next to me. His blood was on this T-shirt. I also saw the guy who shot him, who must have been 17 years old,” he says through a translator, adding that the shooter was working for the Basij, a paramilitary volunteer militia engaged in internal security and the suppression of dissident gatherings.

“I will never forget his face,” Arash says of the soldier. “He was too young.”

Arash, 27, was arrested during the protests, taken to jail and held for 48 hours. “They beat me and shocked me,” he says. It wasn’t the first time.

His problems with the government began four years earlier, about a year before the elections.

The father of one of Arash's friends talked to his own father and expressed concern that he was gay. They reported Arash to the police as a homosexual — in Iran a capital offense.

The police came to the young man's house and confiscated his desktop computer and other belongings. Citing a photo from a party full of gay friends, they arrested him and took him to Iran’s notorious Evin Prison.

“First I spent a night at the police station, where they beat me and gave me electric shocks. I was forced to write a confession and I was sure that I would be killed.” As the police beat him, they asked Arash for the names of the others that were in the photos they found on his computer. “They beat me for an hour but I refused to say their names,” he says.

Arash spent two months in solitary confinement, wondering if he would be executed. “I talked to some of the people working in the prison and they were telling me I would never be free, that I was going to be killed,” he said.

During this time, Arash recalls two court hearings. At the second, a judge told him he would be in jail for 10 years unless he signed a paper saying he would never again engage in LGBT activities, and if the three people who reported him agreed to his release. “My mother went to them [the three men] crying, and they agreed,” he says. “I couldn’t believe I was free.”

For the year following his release, he stayed home, rarely leaving his room. “Being in jail for those two months was like two years to me. Once I got out I was scared of everything, even the wind. I couldn’t speak very well because of the shocking. I worked on getting my speech back for a year.”

Gradually, Arash regained his strength and his speech. He joined the Green Movement and became active in political protest once again. In May 2011, he recalls, he made the decision to focus on working alone rather than in a group. “Being in a group was too dangerous,” he says. “I started to focus on working on organizing LGBT Day in Iran.”

May 17 is the International Day Against Homophobia and July 22 is the day a brave group of Iranians designated for their own celebrations. “In Iran many people think the psychological explanation of being gay is that it comes from the West,” Arash says.

During this time, Arash again encountered problems with the police. He wasn’t home but received a phone call from his sister: “She said, ‘Don’t come home. The police took your car and are looking for you.’”

He spent the next month at a friend’s house on the outskirts of Tehran before taking the bus to Ankara. “I was never thinking of leaving Iran. I wanted to stay and try to change things, both politically and for LGBT rights.” Now in Kayseri, he still dreams of returning. “My friends tell me that if I go back to Iran, the government will welcome me home by killing me.”

Since arriving in Turkey, Arash is doing his best to stay active, making films of other refugees, part of a series about LGBT Iranians that he had already started making in Iran.

Arash has also appeared on a Voice of America broadcast, speaking out about LGBT rights and the plight of Iranian refugees. Though a week after the broadcast, he says, two Iranian newspapers wrote that he was working for Mossad, the national intelligence agency of Israel, and for America.

“I do fear what would happen if I go back. My friends who are there tell me to come back, but my friends in Turkey say don’t go back,” he says. “If I were sure no one would hurt me I’d get a ticket and go back tonight.”

Since the time of the interview (summer 2012), Arash has moved to the US. He is currently living in Los Angeles, going to college and looking for work.