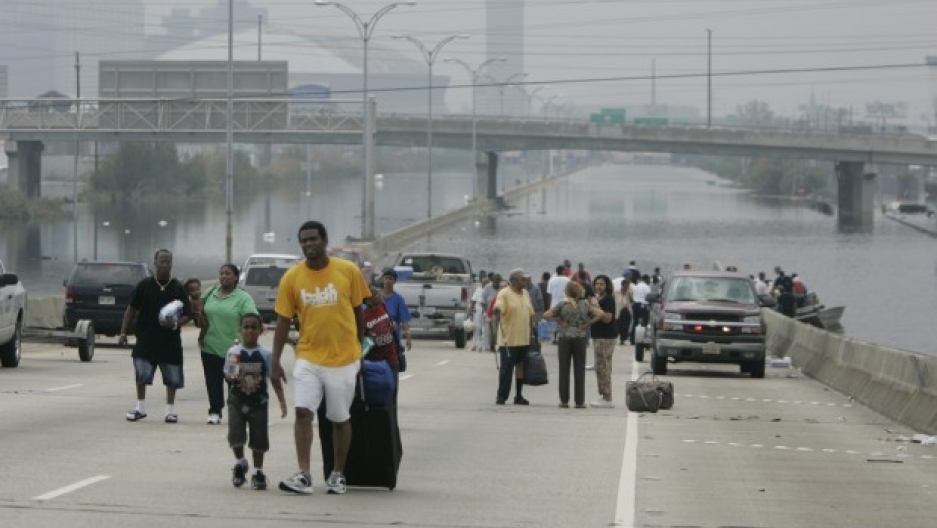 Residents of New Orleans rescued by police boats walk from floodwaters in front of the Superdome in New Orleans September 1, 2005. New Orleans Mayor Ray Nagin issues an urgent plea for relief, saying the flooded city lacks food for thousands of Hurricane Katrina's refugees as well as buses to evacuate them.
Credit:

Eight years ago Thursday, "the storm" hit New Orleans. That's what people there still call it.

The city hasn't had a storm as destructive as Hurricane Katrina since 2005.

And numerous other disasters around the US have simply added to the distance of the memory of Katrina.

But, for the people of New Orleans and southern Louisiana, the basic challenge hasn't changed: How do you co-exist with water when you're surrounded by it.

Aside from New Orleanians themselves, one other group has taken a special interest: the Dutch.