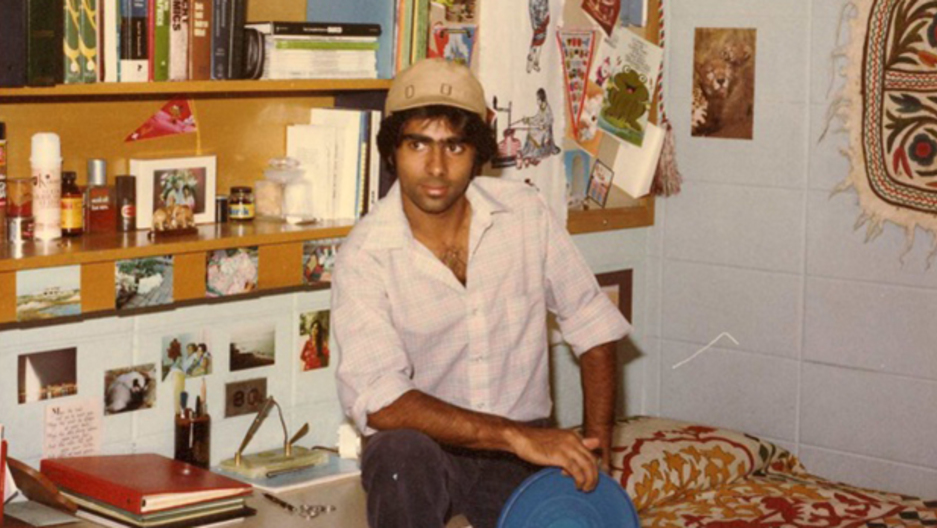 A project in Philadelphia is documenting the memories South Asian immigrants have of their first few days in the United States.

If you've ever moved abroad or have relatives who have migrated to America, chances are the memories from those first few days after arrival are crystal clear, from finding a place to live, a job--just navigating life as a newcomer.

Here's what Samip Mallick found when he asked his parents, from India, about their arrival to Chicago. "My mother talks about coming and what was really fascinating for her were escalators," says Mallick. "She'd never seen an escalator before. So, for her, stairs that move for you, when you don't actually have to walk up the stairs, which was really fascinating. For my parents that was 40 years ago."

Mallick, who heads up the Philadelphia-based South Asian American Digital Archive, is collecting stories like these --micro-histories--through the archive's First Days Project. He acknowledges that this isn't an Ellis Island-style moment in history, but the South Asian community in the United States is growing fast and he wants to document this particular flood of immigrants.

"So, those who trace their heritage to India, Pakistan, Bangladesh, Sri Lanka, Nepal, Bhutan and the Maldives. Anyone who has emigrated to the United States has a story about their arrival," Mallick says.

To date, Mallick has received about 50 stories, captured on video and over the phone.

Abha Shukla submitted her memories about her first few days at a US high school, after attending a strict, all-girls school in India. She recalls "kids are making out in the hallways. That was a culture shock."

People from congested Indian cities talk about the thrill of zooming down US freeways.

There's also homesickness, says Ali Khataw, from Pakistan. "You come over and then suddenly it's a different environment and you don't have a single friend. I mean zero, zilch, you're starting with a blank slate. That's the first day. Now, ask me after a month? Oh my God, I was a party animal."

We also hear how some arrivals weren't planned for at all. Sadruddin Noorani remembers arriving to San Diego on December 23, 1981. He was 23 years old.

Noorani is from Pakistan and, at the time, was with the Merchant Navy. His ship had anchored off San Diego's shore for an extended state. Heading onto shore to explore the city was common for the crew. But then one evening, when Noorani and a few fellow sailors returned to the port to head back to his vessel, he discovered that his ship had left.

"My boat was not there," Noorani says. "We did not have any belongings because everything, our passport all the documents and the money, everything was on the boat."

The mishap sent Noorani into an abyss. Remember, this was the early 1980s--no cell phones, no email. And it was Christmas Eve, so Noorani checked into a hotel.

"I couldn't sleep all night," Noorani says. "I was just flipping on the bed thinking about what's going to happen…we were going to lose our job, how are we going to get back? We don't have any documents. I had no interest in living in America at the time. I still had my fiancé back home, my family that I was supporting. I had other plans."

Next, Noorani headed to Chicago, where he could stay with a distant cousin while he figured out his paperwork. In all, the bureaucratic process took more than six months. Meantime, Noorani started getting by in the United States.

"Yeah, I started doing laymen jobs and going to school," says Noorani. "I got settled and started liking it."

In 1983, he returned to Pakistan, married his fiancé, and returned to Chicago within weeks (his wife followed him in 1984). Noorani, now 55, is something of a big shot in Chicago politics, elected to several local councils and boards--something he would have considered impossible in his stratified society back home.

You could easily miss American stories like these if nobody was around to collect them.

The World, inspired by the South Asian American Digital Archive’s First Days Project, is looking for your stories about your first days in the United States—or those of your parents or grandparents. Share by commenting here, using the hashtag #firstdays on Twitter or Facebook, or Facebook, or by pressing the record button below and speaking into your computer's microphone.