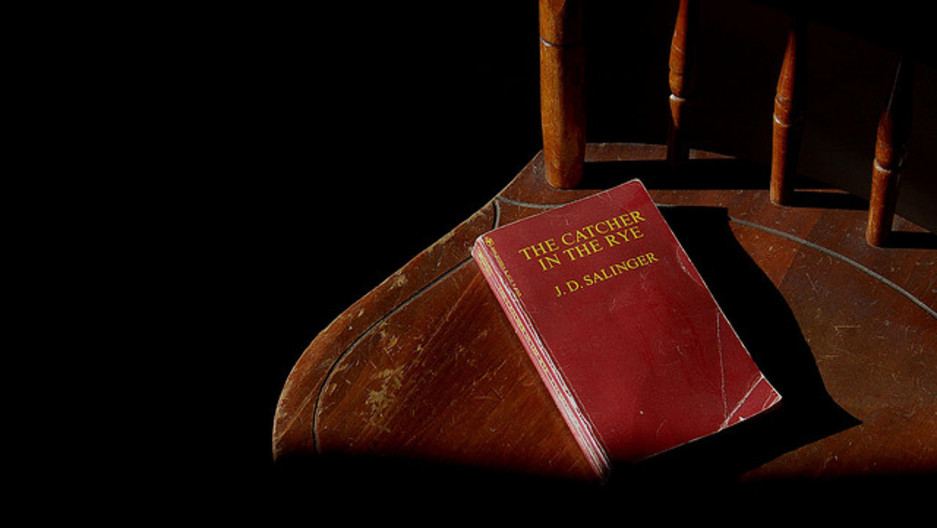 Five previously unpublished manuscripts by J.D. Salinger will be published in 2015, according to two biographers. (Photo courtesy of Gayle Nicholson)

What exactly J.D. Salinger did during the last 45 years of his life, all spent in relative seclusion, remained a mystery that some consider as compelling as any of his classic American novels.

But now we know, Salinger was busy writing.

Before his death in 2010, Salinger left a time table and specific instructions for publishing five unseen manuscripts, starting in 2015, according to David Shields and Shane Salerno, co-authors of Salinger, a biography to hit stands Sept. 1.

Included in the five complete manuscripts is a manual to the Vedanta religious philosophy, a novel about life with his first wife, five new Glass family stories, and "The Last and Best of the Peter Pans," a flash forward in the lives of Holden Caulifield and his family, characters in Salinger's The Catcher in the Rye.

It’s been more than 60 years since The Catcher in the Rye defined adolescent angst for generations of teens. But after publishing this best-selling novel, the author J. D. Salinger went into a self-imposed retirement, rarely giving public appearances or speaking to the press.

Betty Eppes, a reporter for a Louisiana paper, was granted a rare interview while he was in exile.

“He said 'I refuse to publish,'" Eppes recalled. "'There's a marvelous peace in not publishing,' he said. 'There's a stillness. When you publish, the world thinks you owe something. If you don't publish, they don't know what you're doing. You can keep it for yourself.'"

Despite his seclusion (his last interview was in 1980), Salinger's work has proven resilient, Catcher in the Rye especially. The book continues to sell an average of 250,000 copies per year and is currently the 40th best-selling book on Amazon.

However, the unpublished manuscripts could have a substantial impact on Salinger's literary legacy, especially with new audiences, said Amy Hungerford, a professor of English and American Studies at Yale University.