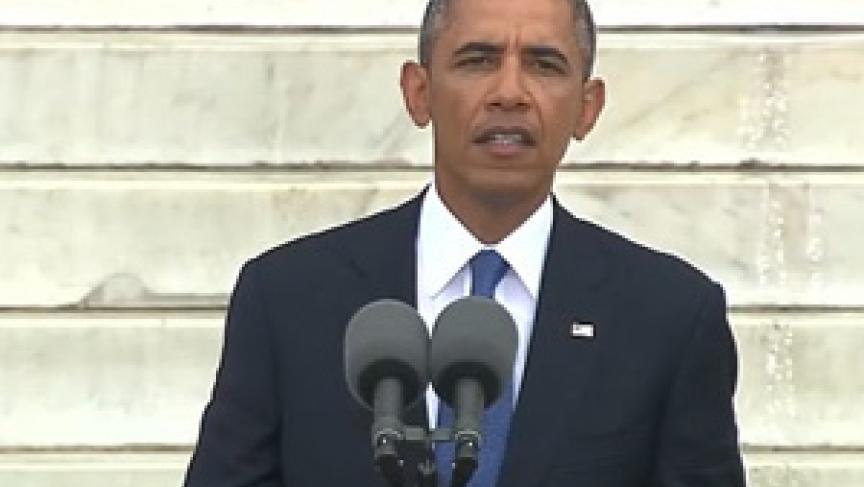 President Barack Obama has linked the ongoing struggle for economic equality in American with the goals of the 1963 March on Washington, in a speech marking its 50th anniversary.

Obama also linked his own rise to the White House with the efforts of civil rights protesters.