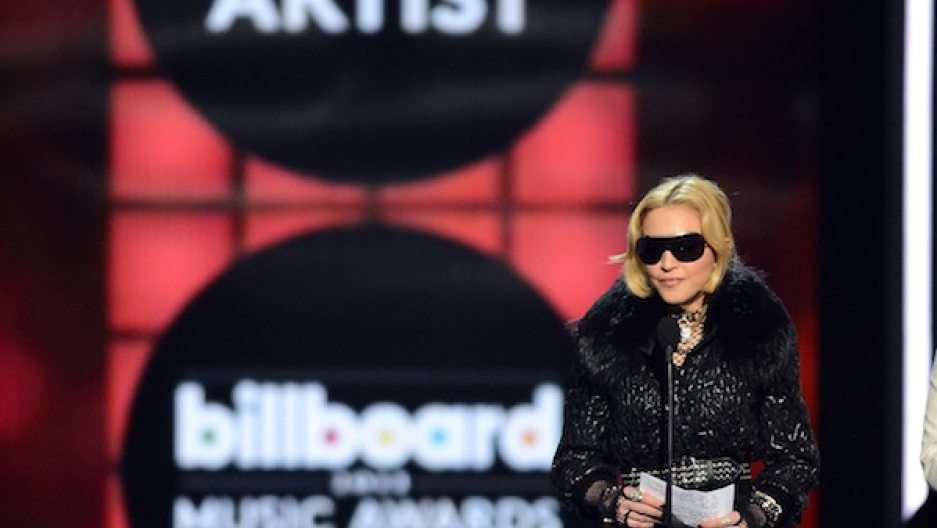 You'd think with all that money she could afford to buy some trousers. Madonna onstage during the 2013 Billboard Music Awards at the MGM Grand Garden Arena on May 19, 2013 in Las Vegas, Nevada.
Credit: Ethan Miller
Share

Madonna was the top-earning celebrity in the past year, according to a Forbes list released this week.

The 55-year-old material girl raked in $125 million between June 2012 and June 2013, trumping film director Steven Spielberg who came second with earnings of $100 million.

There was a three-way tie for third place between “50 Shades of Grey” author E.L. James, television personality Simon Cowell and radio shock jock Howard Stern, with a not-too-shabby $95 million each.

Forbes reckons it is the most money Madonna has made since the magazine began its Celebrity 100 list way back in 1999.

The pop star made a big chunk of the dough from her MDNA tour, which grossed $305 million after fans forked out upwards of $100 a ticket to hear her old hits “Vogue,” “Like a Virgin,” and “Lucky Star.”

Her earnings were also boosted by sales of clothing, fragrance and investments.

Of course, these figures are all just guess-timates.

Forbes compiles the earnings based on interviews with agents, managers, producers and other “in-the-know” people. They don’t include taxes, agent fees or other expenses of being a celebrity such as bodyguards, personal trainers, nutritionists, hair stylists ...