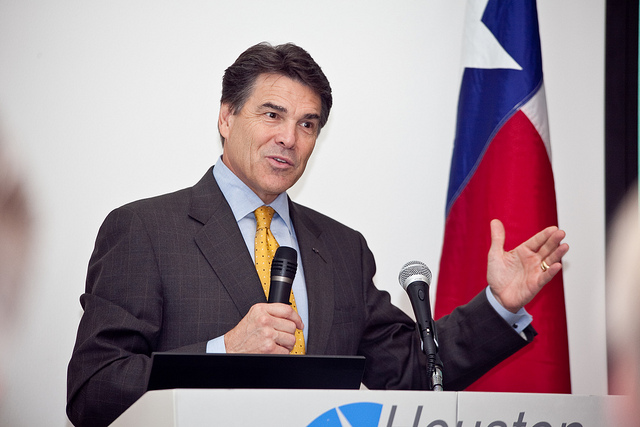 Editor's Note: This report is part of a series at The Takeaway about voting around the country. Read and hear more at "The Uncertain Future of The Voting Rights Act."

The state of Texas prides itself on its independence, but the Obama administration is arguing that the federal government should have the final say regarding changes to Texas voting laws.

In June, the Supreme Court's decision in the case of Shelby County v. Holder found Section 4 of the Voting Rights Act (VRA) of 1965 unconstitutional. Section 4 mandated that certain states and local governments with histories of voter discrimination must obtain federal pre-clearance before making changes to their voting laws or practices.

The Obama administration has responded by asking a federal court in Texas to restore the pre-clearance requirement. The White House cited the state’s recent history with discriminatory voting laws, in addition to a different part of the Voting Rights Act.

In a 54-page brief filed on August 5, Texas state officials argued that because no "rampant" discrimination has occurred in "modern-day" Texas, "this Court cannot impose preclearance on Texas while remaining faithful to Shelby County and the constitutional principles on which it relies."

Kate McGee, reporter for KUT in Austin, says that the fight over voter rights in Texas began years before the June Supreme Court ruling.

Texas got four new congressional seats in 2010 to accommodate its increasing population, largely driven by ethnic minorities and Hispanics in particular. Minority organizations, such as the National Council of La Raza and the League of United Latin American Citizens, challenged the new districting maps drawn by the Republican-controlled state legislature for not creating additional majority-minority districts.

Because Texas was then under the pre-clearance provision of the Voting Rights Act, the maps were sent to federal courts in San Antonio and Washington D.C, where they were found to be intentionally discriminatory. By the 2012 presidential election, Texas was required to have a new map, this time drawn by the court instead of the state government.

This latest round of legal challenges could be a sign of the Attorney General’s distrust of Congress, McGee said.

"With this pre-clearance issue, Congress still has the ability to get together and adopt a new formula for the Voting Rights Act," she said.

Should Texas continue to push back against the Department of Justice, the future of the Voting Rights Act and the issue of pre-clearance could come back to the Supreme Court for a definitive ruling, said Lyle Denniston in a post for SCOTUSblog.