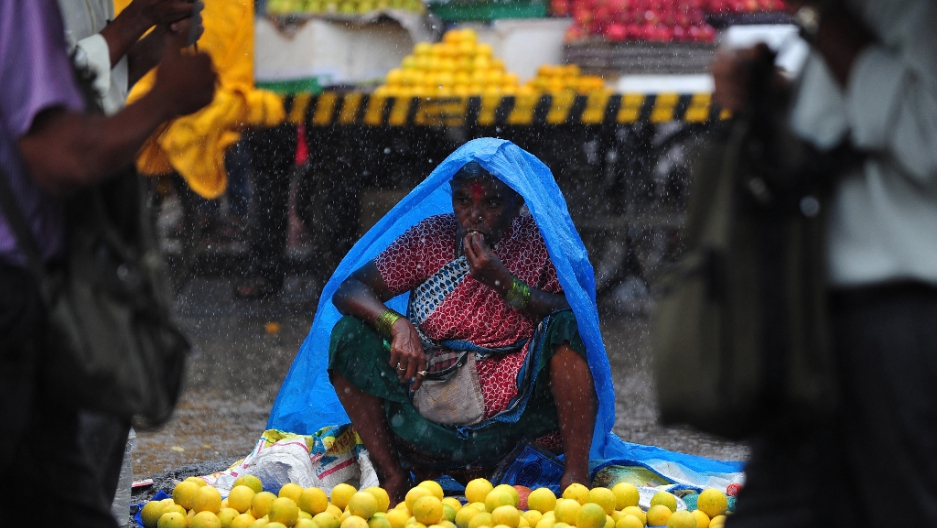 NEW DELHI, India — As recently as 2010, India's economic rise was thought to be inevitable. Poverty? Call it a “low base.” Unemployed millions? Call that the “demographic dividend.” A runaway deficit? That's “inclusive growth.”

Morgan Stanley's Ruchir Sharma warned against that kind of thinking in his 2012 book “Breakout Nations: In pursuit of the next economic miracles,” cautioning that India's rise was in no way guaranteed.

The much touted demographic dividend — a population getting younger and more numerous as the rest of the world is aging — would only pay off if India could train and educate its young people and create jobs, he argued. And there were serious impediments to doing either.

These days, those warnings are looking especially prescient.

Growth has plunged to less than 5 percent, and inflation continues to rise. Meanwhile, the rupee continues to plummet, threatening to increase prices even further and widen the large current account deficit at the root of the problem.

Perhaps worse, this week Nokia joined a long list of foreign companies threatening to quit India if the government doesn't get its act together, according to the Indian Express.

What went wrong? And, more importantly, how can it be fixed? GlobalPost's Jason Overdorf spoke with Sharma to find out. The interview has been edited and condensed by GlobalPost.

GlobalPost: How bad do you think the current crisis will get, and what are you advising Western investors to do?

Ruchir Sharma: We are watching this from the sidelines and not really doing anything here. For India, the per capita income is still only $1500. There's still a lot of natural buoyancy at that level for things to go up. There are some trends for example on consumption, where we think things will not decline that much, even though growth has slowed down, because people are still looking to buy more toothpaste or more hair oil.

How worried should India really be about the rupee? Is it the real problem, or a symptom of bigger things?

It is a real problem. If the rupee freefalls, it has a domino effect. Sure, it will help exports eventually. But you have to understand that when it happens sharply and suddenly, it has negative consequences. A lot of corporate India has taken loans over the past decade in foreign currency [which will now be harder to reimburse].

You warned in your book that India's rise was not a sure bet. What has India done wrong over the past five years to get itself into the current crisis?

The biggest fault line in India was that they completely misinterpreted the last decade's boom. It was a rising tide of global liquidity and a very strong emerging market boom that lifted all emerging markets, and India benefited in equal measure. But in India I think we mistook that boom for being our boom.

What problems did that miscalculation cause?

India spent that entire windfall, because the narrative was all about the fact that growth is coming anyway, so let's figure out how to redistribute the pie. There was hardly any productivity-enhancing reform throughout the boom period. It was seen as inevitable that with a high savings and investment rate, India would do well. [That] hubris, and the complacency that set in after that boom set the stage for what is happening now.

Having presided over economic reforms prior to becoming prime minister, Manmohan Singh was seen as a promising leader for India. What went wrong, and what should he have done differently?

I think he epitomized this complacency and hubris. A lot is spoken about how he had no political power and his power was undermined. But one of the things that is underappreciated about Manmohan Singh is how he's failed as an economist. He's been consistently been wrong in analyzing India's troubles.

What are some of his mistakes?

He was on record when inflation was going up as saying that rising food prices and other prices was a sign of prosperity, so rising inflation was perfectly fine. ... He was talking about how — because India has a savings rate of more than 30 percent and an investment rate of more than 35 percent — growth has to be 9 percent. [That’s] an academic concept that had no connection with what was happening on the ground. So he completely missed the downturn when it came.

Everybody talks about economic reforms, but plenty of projects are delayed by bureaucratic inertia. Are bad rules the main problem, failure to implement the rules?

I think it's a combination of both. One [problem] is the regulatory uncertainty [that results] when you keep changing rules. That causes a whole lot of tension.

What, if anything, can India do now to get back on track, and what is the likelihood of that happening in the current political situation?

Any step that is dialing back, and regressive in nature, will do nothing. From an accounting perspective, you may think you're saving a billion here and a billion there [with steps like raising the import duty on gold or TV sets, or limiting the amount of money Indians can send abroad]. But the confidence damage you do is far greater than this nickel and diming. They've got to stop this sort of thing to start with. But any major step will have to wait for a new election.

Whether for Singh or the next PM... What are the government's best options for long-term, sustainable growth?