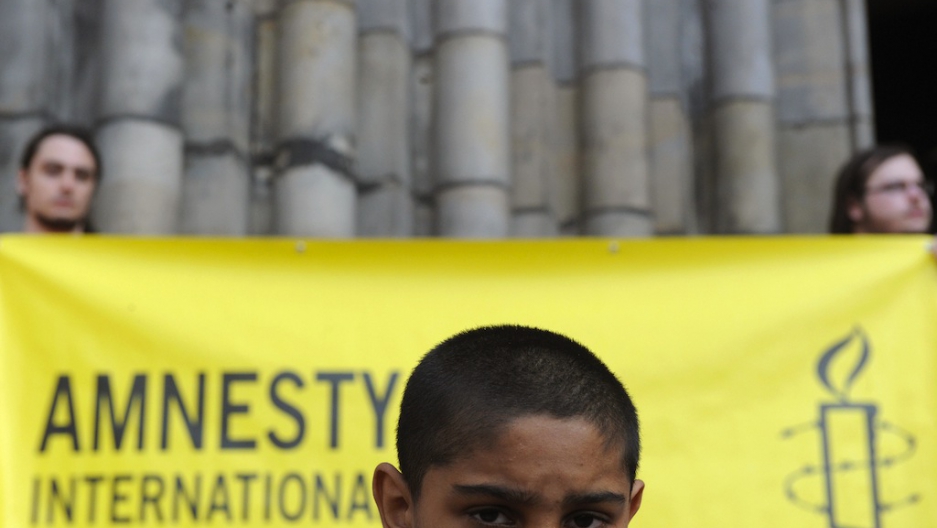 A Roma boy is pictured at a rally against extremism and neo-Nazism on May 3, 2009 in Prague.
Credit: Michal Cizek
Share

Hundreds of far-right activists demonstrated against the Roma populations in towns and cities across the Czech Republic over the weekend.

Clashes between protesters and police took place in Ostrava and Ceske Budejovice when marchers tried to enter Roma neighborhoods.

Police responded with tear gas to break up the march. About 75 people were arrested around the country.

On Saturday, a counter-demonstration in Plzen occurred to meet the anti-Roma protest that included about 400 people.

Amnesty International warned earlier that protests against the Roma people were being organized across the Czech Republic.

"We have seen a deeply worrying trend over the past year with entrenched discrimination against Roma reaching new heights. This is a fundamental issue that the Czech authorities can't ignore," said Amnesty International's John Dalhuisen.

There has been sporadic violence against the Roma population in the Czech Republic in the last few years.

In 2010, extremists set fire to the home of a Roma family, severely burning a child.