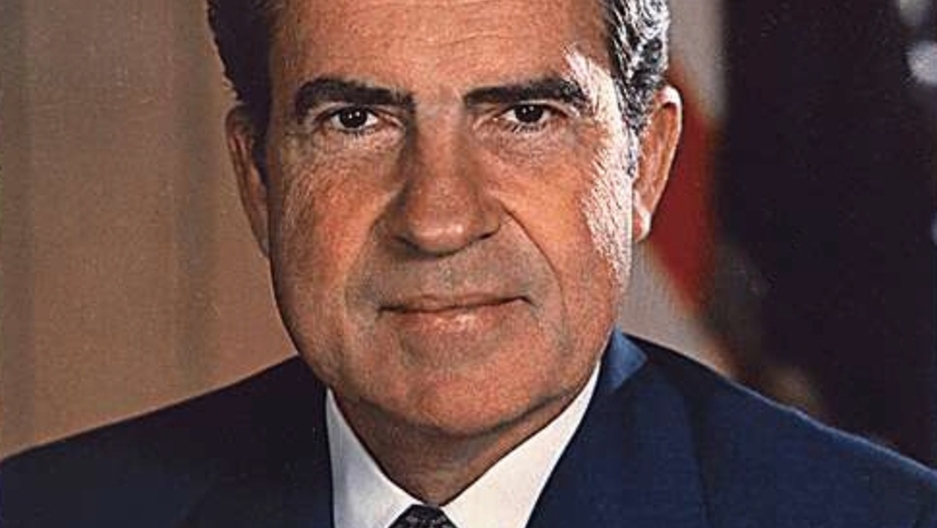 Share
In this age of surveillance, when we get the sense that we're being tracked–whether you think it's on your computer, your phone, or eyes in the sky–it's remarkable to think about someone essentially spying on themselves, committing sensitive information to a recorded medium. We're talking about Richard Nixon. This week, the final installment of Nixon's Oval Office recordings were released. President Nixon recorded more than 3,500 hours of conversations with Henry Kissinger, close aids, heads of state including Leonid Brezhnev, even soccer superstar Pele. This last release is of 340 hours of the presidents' meetings and phone calls. Listening to this new batch of tapes, we get a better of what he was up to that summer of 1973. With Vietnam grinding down, and the White House on the ropes with the Watergate scandal, it seems Nixon threw himself into international affairs. "Now the key to this relationship between Mr. Brezhnev and myself. If we decide to work together, we can change the world. That's what-that's my attitude as we enter these talks," said Nixon. That was the only known recording of Nixon speaking with Soviet premier Leonid Brezhnev. They were communicating through an interpretor. There's a gem when Pele came from Brazil to meet with Nixon at the White House. At one point Nixon asks him if he speaks Spanish. "No," said Pele. "Portuguese." And then he let Nixon off the hook, "It's all the same." One of the most gripping sections though of this new batch of tapes is a conversation between Nixon and then-National Security Adviser Henry Kissinger. Nixon had made his historic visit to China the year before. He palled around with Chairman Mao. And in this recording he and Kissinger were trying to figure out how to court Chinese Premier Zhou en Lai. Nixon: If you could get a message to the Ambassador here that we think it's very important for Chou En-lai to come to the UN. Or do you want to wait till August to do that? Kissinger: I've already done that, Mr. President. Nixon: You have? Kissinger: I did that- Nixon: You see- Kissinger: I took the liberty of doing that in response- Nixon: You see, it's going to look rather strange if I go running to China if he doesn't come here. Kissinger: No, I've already done that. Nixon: How'd you do it? Kissinger: I had already extended an invitation at your suggestion a few months ago. Nixon: Yeah, I know, but recently? Kissinger: I repeated it and I said we can do it in one of two ways: either to go to the UN, or better yet just come to Washington on a personal visit. Nixon: No, what he should do is come to the UN and then drop down here and we'll give him a nice dinner, you know, without the head of state thing, but it will be everything except the drill. Kissinger: Right."