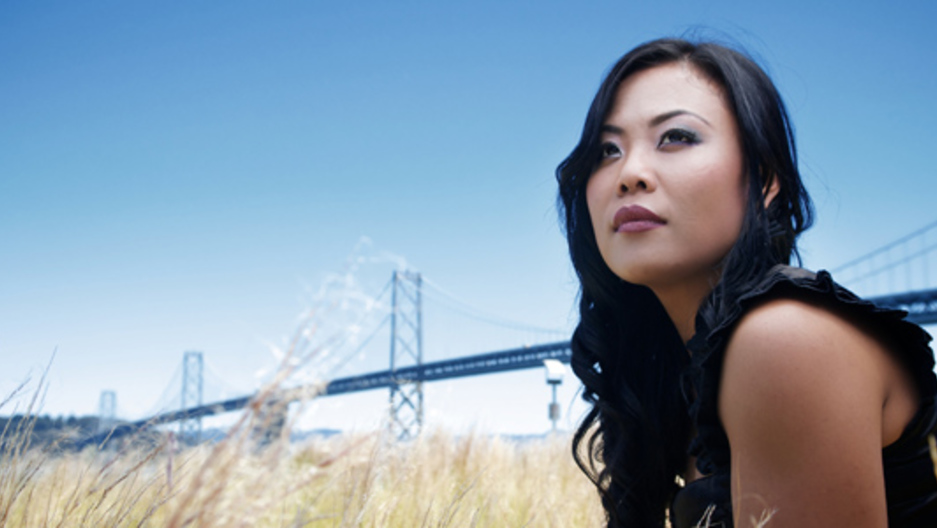 When North American soldiers introduced psychedelic rock music to Cambodia during the Vietnam War, Cambodian singers immediately embraced it. They started singing Khmer covers of American classics by singers like Jimi Hendricks and The Yardbirds. But when the Khmer Rouge took over the country in 1975, they killed over 99 percent of the musicians, and banned the playing of music altogether (they also banned books, dancing, poetry and pretty much anything fun or intellectually stimulating).

Not surprisingly, many fled the country to avoid execution. Like Bochan Huy and her family. She says she almost died escaping Cambodia. They had to cross the jungle to the Thai border in the middle of the night, while dodging bullets from border troops on both sides. That was in 1980. Bochan's mom, Sein Huy, says Bochan was one month old all the time.

"I had to cover her mouth because she cry, she's a baby," Bochan's mom said. "And we don't want any noise while we try to escape. That's why she became really sick when we get to the camp. Even to dream, I don't really want to dream about it… it's really hard."

Bochan is now 33 years old and a singer in Oakland. She says throughout her youth, her father would always have a guitar in hand, playing old Khmer psychedelic rock songs. He even recorded a few albums. Here's one of his songs from a 1987 cassette tape that Bochan found in her garage. It's called "Hello-Hi" (and it's amazing):

Bochan says the problem was that songs like "I Am 16" was all her family ever played–and they'd never change up the style. "It was at every birthday, at every community event, and it was always sung the exact same way," Bochan said.

Soon after Bochan finished high school, her dad got sick with liver cancer and passed away. Bochan decided to release her album in his honor. The album, Full Moon Monday, is a blend of hip hop, soul, funk, and the classic Cambodian rock that Bochan grew up with.

Bochan says she wanted to cover the Cambodian classic "I Am 16" on her album, but she wanted to do it differently, creating new memories with the song. Here's how it turned out:

The song features local hip hop artist Raashan Ahmad. Bochan says she wanted it to appeal to the Cambodian youth raised in the West.

"To put hip hop to it, to give them something familiar, where they can connect to it, that closes the generation gap between the first generation and second generation Cambodian refugees," Bochan says.

Bochan's song "Believe" looks at the struggles of refugee families. She wrote the lyrics after working as a counselor for at-risk Cambodian kids in Oakland. Bochan says unlike her own family, who were educated in Cambodia's capital city, she was working with families who came from poor, rural villages. Parents would often be illiterate in both languages, and unable to navigate urban environments like Oakland.

"We're looking at immigrant families where the parents don't speak English and the kids," Bochan says. "So now there's a discord between mom and dad. There's already a culture gap, a generation gap, right? And now you don't have the one thing to keep the family together: language."

Bochan has an EP coming out this year–and she's covering one of her dad's songs from the 80s. The cover is very different than the original song. But Bochan says she thinks her dad would have liked it. Because he was OK with different.

You can catch Bochan at one of the summer's Cambodian music and arts festivals throughout the US and Canada. This September, 2013, she'll be performing in Long Beach, California–the heart of America's Khmer diaspora–during their Cambodia Town Film Festival.