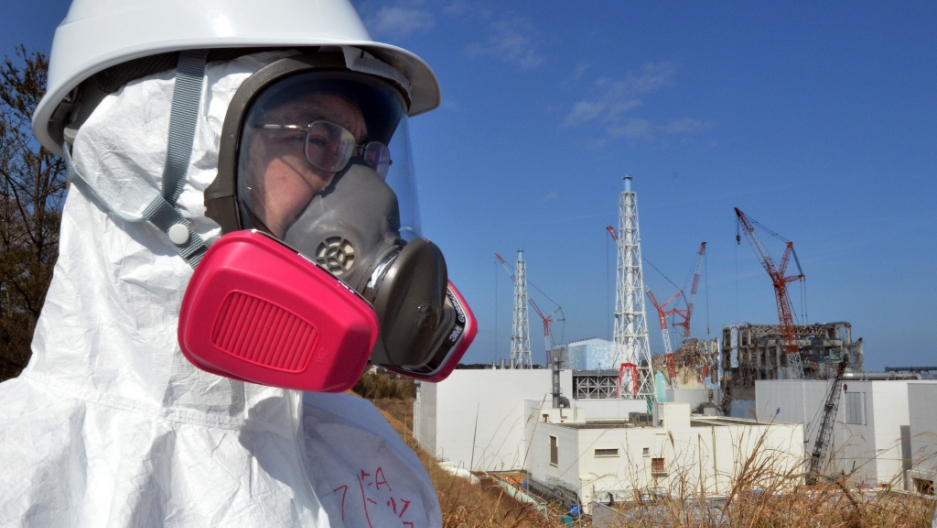 TOKYO, Japan — More than two years after the massive Tohoku earthquake and tsunami, high levels of radiation are escaping into the ground and the atmosphere from a damaged container filled with water used to treat Fukushima Daiichi nuclear plant.

The incident marks the second phase of a nightmare that threatens the long-term fate of the country.

After admitting earlier this month that up to 300 tons of radioactive water were leaking every day into the Pacific Ocean, a new leak problem has been upgraded by Japan’s Nuclear Regulatory Agency from a level one “anomaly” to a level three “serious incident” on the International Nuclear Event Scale. (The International Atomic Energy Agency is reviewing the level three rating, but has yet to confirm it.)

The separate 300 ton “serious” leak is the latest of a myriad of problems at Fukushima. It came from a tank put together in a slapdash manner by Tokyo Electric Power Co. (Tepco) soon after the disaster. The tank, held together by bolts and resin, was not sealed through welding, according to local media reports.

The leak from the storage tank is particularly worrisome for two reasons. First, it emits high levels of radiation — 100 millisieverts an hour, the maximum exposure that a nuclear worker is allowed to receive in one year. Second, there are around 350 tanks containing such contaminated water that were assembled in the same slapdash manner.

News of the leak was met with a shrug in Japan, where an estimated 94 percent of the population said it believes the disaster has not been resolved, according to a March survey by Hirotada Hirose of Tokyo Woman’s University.

The whack-a-mole task of cleaning up the mess will cost the Japanese public for some time.

Costs are currently estimated at $5.8 billion, although huge technical hurdles lie ahead. Tepco and the national government — which, separately, suffers under a quadrillion yen ($10 trillion) in debt — are facing a challenge they may not be able to overcome.

Tepco, the recipient of multiple bailouts and loans from major banks, will have to demonstrate it can clean up the plant and find a way back to profitability to receive additional loans. If it can't, the consequences of a “too big to fail” company going bankrupt would be unpredictable and dangerous. A full takeover by the government could unleash its own Pandora’s Box if markets, the Japanese public and the international community are not convinced that clean-up work is going according to plan.

“Water problems will persist for four to eight years at least,” said Jeff Kingston, a Temple University professor of Asian studies who has written extensively on the disaster. “Fuel rod moving? Four years, and hopefully with no accident. [An accident moving the rods] would be catastrophic.”

Earlier in August, the government said it would take steps to clean up Fukushima Daiichi. It plans to invest $400 million to freeze ground around the contaminated water and contain it. Bringing the plan to fruition will take at least two years, because of the complicated nature of the work.

The damage is having an impact on the national economy. All but two of the nation’s 54 nuclear power plants have been switched off since the disaster. That has sent costs for energy imports soaring and hobbled the nation’s balance sheet. Japan logged a trade deficit of $10.15 billion last month, according to the Ministry of Finance.

Public sentiment remains firmly against nuclear energy, despite the economic implications of moving away from the energy source. Hirose’s March survey found 85 percent of the 1,200 respondents want the nation to phase out nuclear energy. Of those, 31 percent wanted to see it brought to an end as soon as possible.

Prime Minister Shinzo Abe gained widespread support for his “Abenomics” set of monetary, structural reform and government spending policies that aim to reignite the economy. Attaining this goal will require returning to nuclear power, keeping the crisis in Fukushima under control, and finding money required to decommission idled reactors that have been deemed unsafe because they sit under fault lines.

For Fukushima residents and evacuees, the nightmare may never end. “Sadly, 150,000 remain displaced and fishermen and farmers have seen their brand displaced,” Kingston said.

A best-case scenario looks disastrous. Decommissioning a reactor costs around $800 million. Some reactors will remain offline because they sit on fault lines. Accounting rules in Japan see reactors staying online for 40 years, during which the utilities save the money to pay for going offline and cleaning up their sites. That is not going to happen. There is little discussion of where funds for decommissioning will come from.

Kingston has a suggestion of one income stream. “The real answer is renewables. They boost disaster resilience and local economies... This is the missing ‘green arrow’ in Abenomics,” he said.