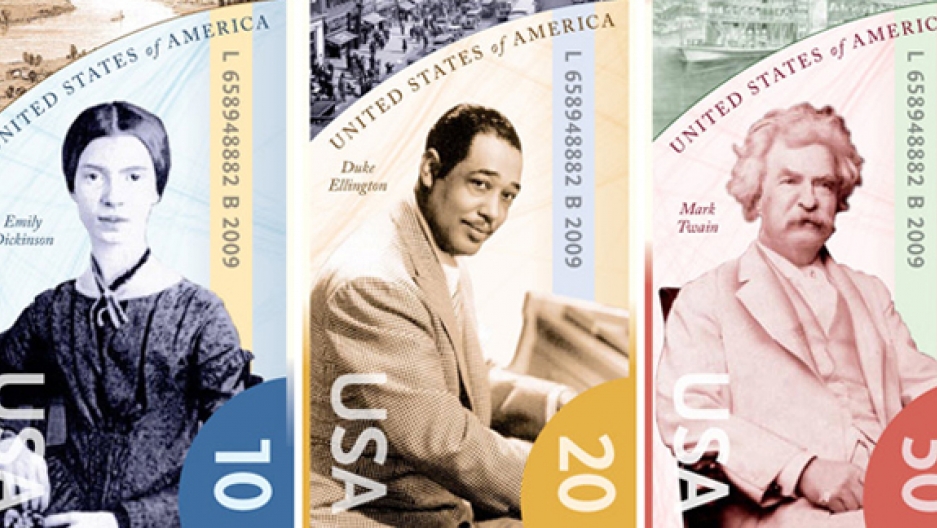 Despite a few tweaks over the years, the cash money in your pocket looks a lot like it always has, with the same all-male cast of characters. But it doesn't have to be this way. A few weeks ago England announced that Jane Austen will grace their tenner (where she replaces Her Majesty!). Switzerland celebrates one of their artists on every bill. So we got to thinking: what if we redesigned American currency, Studio 360-style?

The first step is simple. We're looking to replace the "dead presidents" with great American artists -- creative masters of any kind: painters, illustrators, musicians, architects, dancers, designers, comedians, writers, directors, actors. The only rules are that they must be American artists, and that they be dead. There are six bills to redo ($1, $5, $10, $20, $50, and $100), so suggest as many names as you'd like. Who would remind you how cool America is every time you open your wallet?