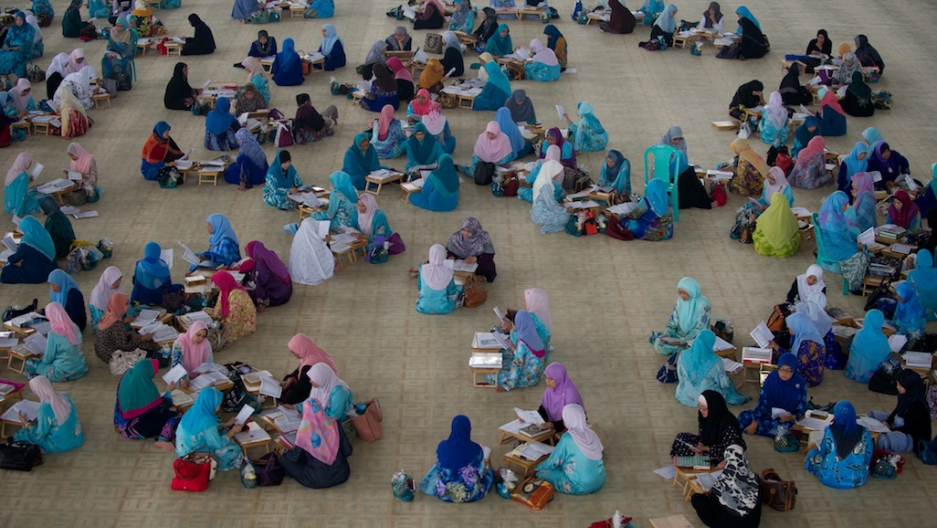 About 60 percent of Malaysia's 30 million people are Muslim, most of them Sunni.
Credit: MOHD RASFAN/AFP/Getty Images
Share

Followers of the Shia sect of Islam are allowed to practice their religion, but may not spread their beliefs to others, according to the minister in the Prime Minister’s Department, Jamil Khir Baharom.

“We never harass Shia followers!” Baharom said, “but it’s just that they are banned from spreading the ideology.”

The Malaysian government has mobilized a movement to try and suppress growth of the sect, which has grown in Malaysia in the past 10 years to a community of at least 250,000 followers, the AhulBayt News Agency reported.

About 60 percent of the nation’s 30 million people are Muslim, while another 20 percent are Buddhist, 9 percent are Christian and 6 percent are Hindu.

In early August, Malaysia’s Home Ministry secretary-general Datuk Seri Abdul Rahim Mohamad Radzi announced the growth of the minority Shia population along with government plans to root out the movement.

Radzi said, “The development of information technology is among the factors for their growth as the teachings are spreading through a range of social sites,” adding that as such, measures to curb Shia practices will “involve the Home Ministry, the police, Registrar of Societies, control of publications under the Printing and Publication Act, curbing the production of CDs and DVDs by the Film Censorship Board and monitoring by the Immigration Department.”

Historically, Sunni and Shiite Muslims share tensions over differences in belief about the succession of prophets in Islam, as well as how to practice Islam today. GlobalPost recently produced a Special Report on this divide, which has played out extensively in political and social matters in several nations, including Bahrain, Iran, Syria — and now Malaysia.

The Minister’s declaration came at a time when religious tensions in Malaysia are already running high, as the government continues to dole out punishments to anyone perceived to be directly disrespecting Islam.

Several incidents of governmental action against religious practices in Malaysia this year have garnered worldwide attention.

In July, a Malaysian couple was charged with sedition after posting pictures of themselves eating pork during the holy month of Ramadan. They pleaded not guilty and claimed the picture was meant to be a joke, but the government took the incident seriously and denied bail to the couple, detaining them in jail during their trial.

In a separate event this week, Singaporean tourists were expelled from Malaysia for chanting Buddhist prayers in a room reserved for Muslim worship. The owner of the resort where the room is located is currently under investigation and has already had his resident’s visa was revoked for his role in the incident.

Since the beginning of the Arab Spring, religious restrictions have increased worldwide, as have social hostilities related to religion.