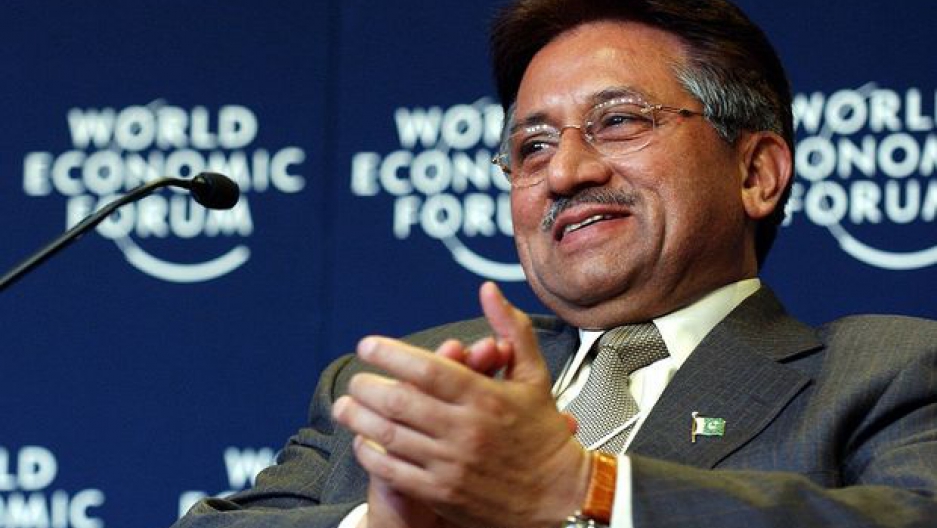 A once untouchable figure in Pakistani politics, former Pakistani leader Pervez Musharraf, has been indicted for the murder of former Prime Minister Benazir Bhutto.

Bhutto, who was assassinated in 2007, served as Pakistan's first female prime minister until 1996. In an email sent to American author Mark Siegel two months before she was killed in December 2007, Bhutto said that she would hold Musharraf responsible should she be attacked.

Six other people have also been indicted in connection with the murder.

"It is a drama that fascinates Pakistan," said Akbar Ahmed, Pakistan's former ambassador to the United Kingdom. "It has a Shakespearean element with three main characters in conflict: the chief justice, the prime minister, and the former president Musharraf."

That Musharraf is actually facing trial represents a conflict between the army and the establishment, and between the the political and judicial branches of the Pakistani government, Ahmed said.

"For the first time, the people of Pakistan are actually seeing a former president, a former commander-in-chief, being caught and facing charges," Ahmed said. "This is extraordinary and for ordinary people, it means that no one is above the law. That's why there is so much interest in this particular case."

Pakistan's military, which has held power for most of the last 50 years, had previously blocked the judiciary from indicting military leaders.

In addition to the murder allegations, Musharraf faces charges of treason and bounties placed on his head by militant groups such as the Tehrik-i-Taliban.

Ahmed said that Musharraf's trial has the potential to destabilize Pakistan because of its high profile and the passion of Musharraf's supporters and critics.

"I think it will suit everyone if he is simply moved out of Pakistan and perhaps lives a happier time playing golf in the United Arab Emirates or England,” Ahmed said.

Musharraf fled to the Arabic Quarter of London and later the United Arab Emirates after large protests forced him from power in 2008. In March, he returned to Pakistan, vowing to run in the May elections.