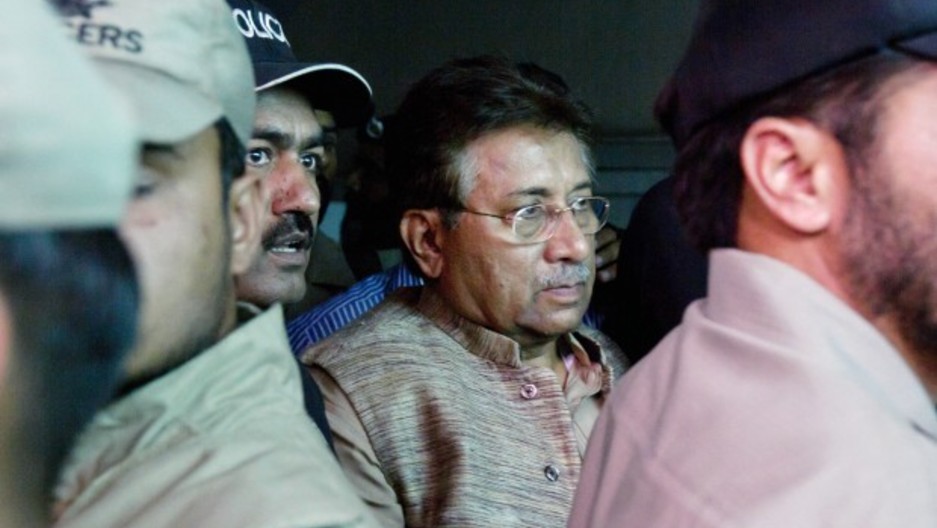 Pakistan's former president and head of the All Pakistan Muslim League (APML) political party Pervez Musharraf (C) is escorted by security officials as he leaves an anti-terrorism court in Islamabad, April 20, 2013. Former Pakistani president Musharraf was taken before an anti-terrorism court in Islamabad on Saturday in connection with allegations that he ordered the illegal detention of judges while we has in power, his lawyer said. REUTERSTanveer Ahmed (PAKISTAN - Tags: POLITICS CIVIL UNREST CRIME LAW) - RTXYT3R

Share
It's a hot steamy summer in Pakistan and amid the stifling heat comes charges that former president and army chief, Pervez Musharraf, is allegedly connected to the 2007 murder of former Prime Minister Benazir Bhutto. The Guardian's Jonathan Boone talks with Marco Werman about the summer heat and the hot water that Musharraf finds himself in. He says it is the first time a former army chief has been charged with a crime.