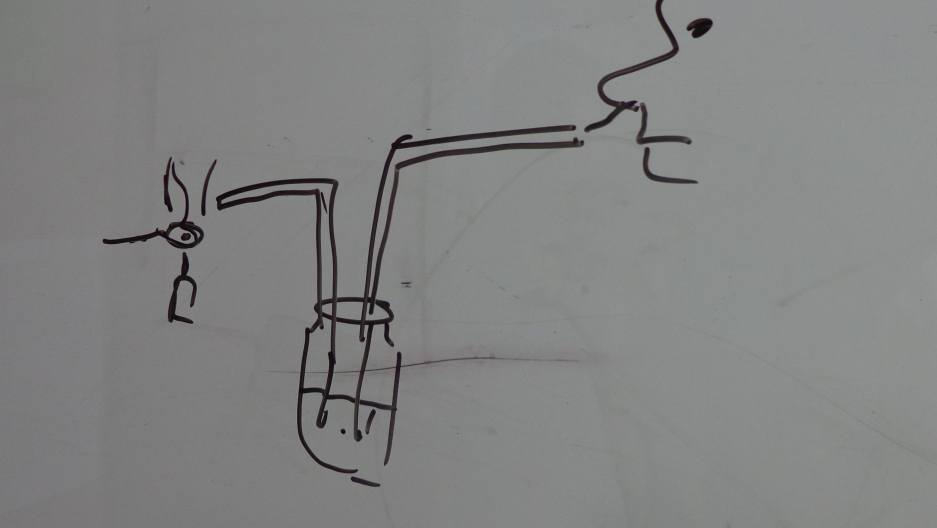 North Koreans are using the drug methamphetamine as a cheap alternative to hard to get medicines.

"Many people in the north are using (meth) for medicinal purposes," said reporter Jason Strother. "The hospital systems are broken down and they don't have the medication."

Strother said people are taking it to overcome ailments, as well as using it for cosmetic purposes. He spoke with a woman who defected from North Korea to South Korea. She said her mother convinced her to use a watered down crystal meth solution to clear up her acne.

"So it's pretty much used as a cure all," said Strother.

According to Strother, the North Korean regime used to sponsor crystal meth production in the early 2000s. And now people who learned how to cook the meth from government labs are making it in their kitchens.

"But it's so widespread that there's no incentive to enforce the laws," he said.

A study in the journal North Korean Review found that between 40 percent and 50 percent of people living in the northern region between North Korea and China are addicted to crystal meth.

"Everyone from middle school students to government officials use it," he said.

One defector told Strother that "it's easy to walk down the street and find people selling it on the street." Law enforcement ignore it.

Strother said the widespread use of crystal meth is reflective of the breakdown of social order in North Korea.