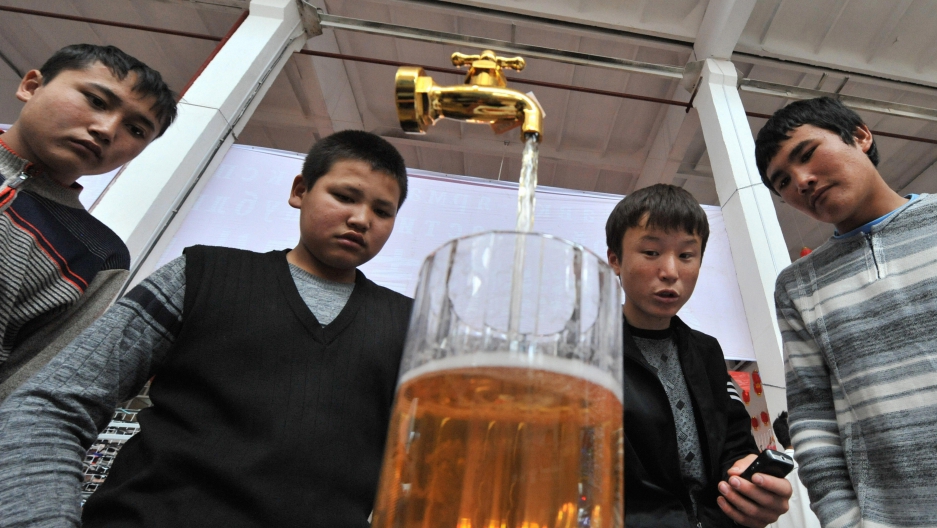 Kyrgyz teenagers at an exhibition of Chinese goods in the town of Osh.
Credit: Vyacheslav Oseledko
Share

The authorities in Kyrgyzstan shut off a pipeline carrying alcohol from Kazakhstan after it was discovered last week, the Kyrgyz news agency AKIpress reported.

It's believed to have carried mostly vodka through an 8 inch-wide tube over a third of a mile under the Chu River, which divides the two countries. The pipeline ended in the city of Tokmok in northern Kyrgyzstan.

Kyrgyz border guards found the pipeline during a routine search.

"We assume that thousands of liters of alcohol were smuggled," a Tokmok police official told AKIpress.

Police are searching for the pipeline's operators.

Kyrgyzstan, a majority Muslim country, has a growing demand for cheap alcohol from Kazakhstan, one of the largest grain producers in the region.