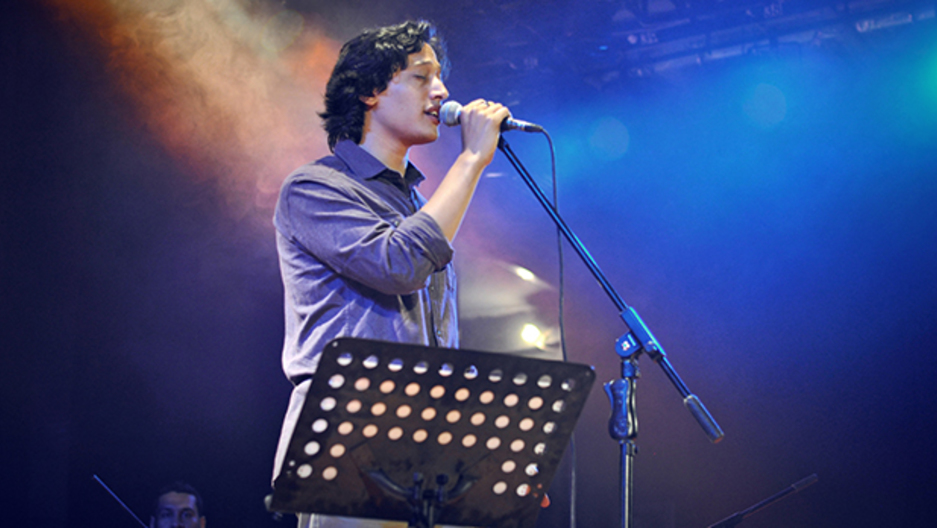 Ahmad Elhaggar, a student from Egypt in Boston, blames the Muslim Brotherhood for the violence back home. A chill has set in among friends who think otherwise. (Photo: Courtesy of Ahmad Elhaggar).

As the death counts continue to rise with the fighting in Egypt, Egyptian expats in the United States are feeling the strife.

Sara, an Egyptian who has been in the United States on and off for the last two years, says sometimes she knows what’s going on in Egypt before her family in Cairo.

Sara is 29 years old, lives in Boston with her husband, and works as a researcher at a cancer hospital. Because the situation in Egypt is so volatile and she will speak about her families’ politics, I will omit her last name.

Sara is thousands of miles away from the fighting in Egypt, but she is in touch constantly with her family there. She says the chaos back home is taking a psychological toll on her and all the Egyptians she knows.

“It’s been so hard now. People are so angry and so depressed and so stressed and everyone is blaming the other,” Sara says.

Sara’s parents and two brothers live together in Cairo. When Sara calls or Skypes her family, she says she can hear her father and one of her brothers arguing.

Meanwhile, Sara’s brother is protesting the military, and took part in last week’s sit-in near the Rabaa Al-Adawiya Mosque, where scores of protesters have been killed.

Sara says she is also angry at the military. At first, she supported Morsi’s ousting. She regrets that now.

“Now I’m totally against the military,” Sara says. “I thought they would topple him and the next day they would call for elections—and that’s it. And they wouldn’t arrest anyone, and close all the channels and they wouldn’t murder anyone. I didn’t think that would happen.”

Sara’s avoiding heated conversations with her dad. And on Facebook, she’s unfriended nearly 50 people because they have stated their support for the killings by the military.

“I can’t stand them supporting this murder and this brutal attack of the peaceful protests,” Sara said.

But not everyone believes the protests were peaceful.

“This is terrorism,” says Ahmad Elhaggar, who came to the United States from Cairo eight months ago to study voice at Boston’s Berklee College of Music. He blames the Muslim Brotherhood for the violence.

“This is not the type of poor protestors doing a sit-in and bad security forces killing them for no reason,” Elhaggar says. “No, that’s not the case. If you are peaceful protestors, why does the situation have to be violent?”

Elhaggar says he believes that during the sit-ins in Cairo, protestors were armed and had turned the city into a war zone. “Most of the people see the group of people who’s responsible for the blood—who have the upper hand, I mean—are the Muslim Brotherhood. So there is a sense of extreme anger against the Muslim Brotherhood, not because the police and the army are angels, they’re not, but the violence is in their hands.”

Elhaggar says he has friends who sympathize with the Muslim Brotherhood. But in the past few months, a chill has set and they haven’t been speaking. Elhaggar says the cut off communication is a good thing for his mental health.

It’s not clear when he and his friends, just like the people in Egypt, will again be united.