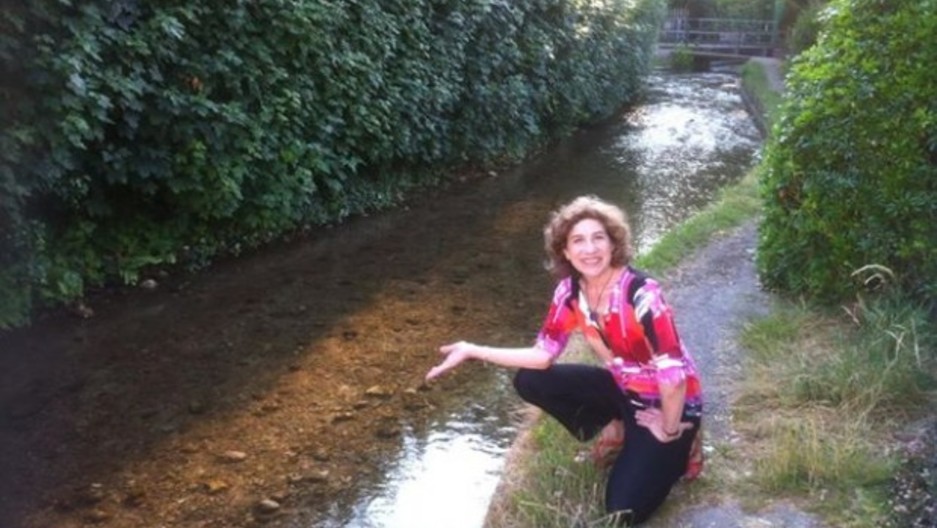 Our Geo Quiz sends us in search of a not-so-mighty river.

It's just a stream really but its been trickling away in south west England for a long time.

It cuts through County Dorset or Dorsetshire, an area once occupied by ancient Celtic tribes. Then the Romans occupied the region until the Middle Ages when the Saxons took over.

Some of the earliest Viking raids on the British Isles happened near here back in the 8th century.

In more recent times, the English novelist Thomas Hardy took inspiration from this river and surrounding villages, according to a local Neil Herbert: "If you look closely, just outside the church, there are a couple of graves called the Dumbervilles. And Thomas Hardy used those grave names in his Tess of the d'Urbervilles. And just down the road, is Bathsheba's house in Far From the Madding Crowd."

So can you name this tiny river that flows toward the English Channel?

It's the River Piddle.

WQXR's (New York) Classical Music Announcer Naomi Lewin recently paid a visit to the area and sent us a postcard:

I'm sitting by the banks of the River Piddle, in Piddletrenthide, in Dorset, England. "River" is a bit of an exaggeration–at the widest point, this is maybe 12 feet. It's a gentle stream–you can hear it bubbling in the background. I came to Piddletrenthide because Ogden Nash, in 1959, wrote a poem called "Paradise for Sale," all about Piddletrenthide, in the valley of the River Piddle. My father, the composer Frank Lewin, set that poem to music for me to sing, when I was doing my master's degree recital in voice. In Piddletrenthide, you can drink a Piddle Ale at the Piddle Inn, and that's where I caught up with Neil Herbert, who lives here.

Everybody thinks Piddletrenthide is a funny name. I'm used to it now, it doesn't bother me, but every time you meet somebody, and they say where do you live, and we live in Piddletrenthide, and they laugh.

Piddletrenthide: My understanding of the name is it's from three parts: Piddle, trent, and hide. "Piddle," in old Dorset-speak, to my knowledge, means "pidelle," which is water coming out of the ground, like a spring. The "trent" is from the French "thirty" – trente, and the "hide" is a parcel of land, although I'm not quite sure what the parcel of land means. Taking the three things together you have Piddle-trent-hide, And that's where the word was formed from.

There are two villages close together here–Piddletrenthide and Piddlehinton, about two miles downstream. And after that, the villages on the Piddle are called Puddle. There's Puddletown, there is Affpuddle, there is Tolpuddle, Briantspuddle. And the story goes that the names were changed from "Piddle" to "Puddle" because Queen Victoria was visiting this area as a young girl, and the locals thought that the word "piddle" might have been slightly offensive, so they changed the names to "puddle."