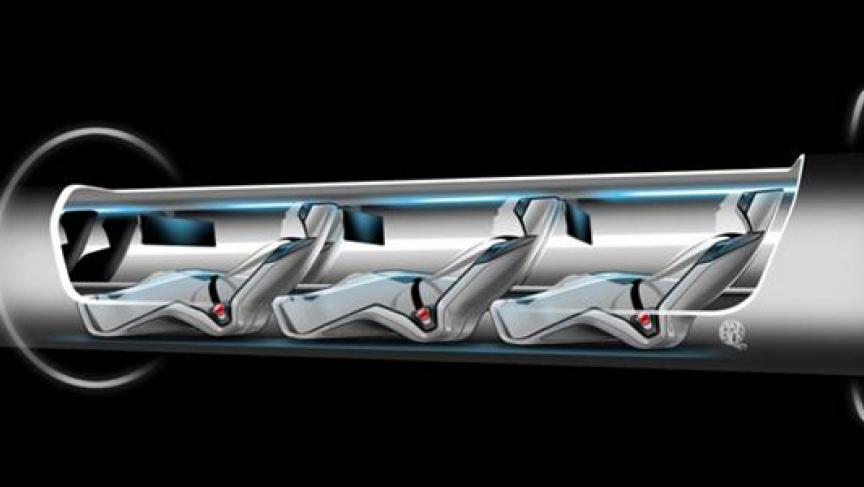 Imagine traveling from San Francisco to Los Angeles in about 35 minutes. And you're not in the air.

That's the concept behind the hyperloop, described as being a cross between the Concord, an air gun, and an air hockey table. It's the brainchild of billionaire Elon Musk, founder of PayPal and developer of the Tesla electric car.

"It's two tubes running down (highway) I-5 in California," said Tim De Chant, senior digital editor at the PBS science program, Nova. Up to 28 passengers sit in the capsules which go through the large steel tubes. Think vacuum tubes which are used at the drive-through banks or carrying inter-office papers. Except the hyperloop carries people. Musk is estimating the system between San Francisco and Los Angeles will cost an estimated $6 billion.

However, Musk has said he has no plans to build the system, but wanted to reveal his design concept in the hopes that others might take it on.