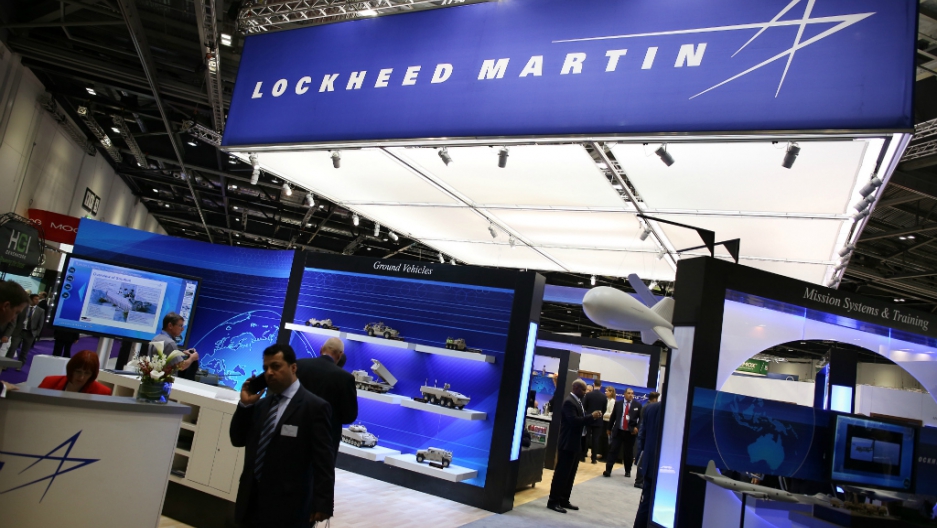 Rifles are displayed at the Defense and Security Exhibition on September 10, 2013 in London, England.
Credit: Peter Macdiarmid
Share

Editor's Note: Since the printing of this list, GlobalPost have since received the following clarification from Deloitte, which was ranked No. 4. “Several years ago Deloitte performed a small amount of financial management work for the U.S. Navy in connection with the program referenced in the article. The work was completed in 2010 and was of a much smaller size than the article suggests.”

The irony is thick: Obama calls on Egypt’s interim government to stop its bloody crackdown on protesters, but continues to give it $1.3 billion a year in military aid.

For decades, Egypt has been one of the largest recipients of US foreign military aid, receiving everything from F-16s to teargas grenades.

So who are the companies reaping the benefits?

The list below were the 10 biggest US Defense contracts involving direct military aid to Egypt from 2009 to 2011, according to The Institute for Southern Studies.

See the table at the bottom of the page for full details of the contracts. In 2010, Lockheed Martin provided Egypt with 20 F-16s as well as night vision sensor systems for Apache helicopters. Lockheed Martin is the biggest beneficiary of US government defense contracts — receiving a record $36 billion in 2008.

Globally, Lockheed Martin is one of the largest defense contractors. Seventy-four percent of its revenues come from military sales. The US Army contracted this US-operated, Italian-owned military services company to provide vehicles, surveillance hardware and other resources to Egypt in December 2010. Deloitte, the world’s second largest professional services firm, won a $28.1 million Navy contract to provide planning and support for Egyptian aircraft programs. Deloitte, however, contacted GlobalPost since the publication of this aticle with a clarification, saying while the amount of the contract is accurate, the company did not receive the full amount. Deloitte did not specify how much was received.

An Egyptian army Apache helicopter flies over a crowd of pro-military demonstrators in Tahrir Square in Cairo on July 26, 2013. (Ed Giles/AFP/Getty Images)

While most people know Boeing for it’s commercial flights, it is also the second largest defense contractor in the world.

Boeing won a $22.5 million Army contract in 2010 to provide Egypt with 10 Apache helicopters. The Aerospace also received a contract to provide logistics support to Egypt.

An Apache helicopter flies over a crowd of protesters in Cairo on July 26, 2013. (Ed Giles/Getty Image)

AgustaWestland — also owned by the same Italian company that operates DRS Technologies — secured a contract to provide helicopter maintenance for the Egyptian government.

An Armored Personnel Carrier stationed on a street in Cairo on July 4, 2013. (Mohamed El-Shahed/AFP/Getty Images)

US Motor Works landed a $14.5 million contract in 2009 to provide engines and spare parts for the Egyptian Armament Authority.

The US Air Force and Goodrich brokered a $10.8 million contract to obtain and distribute reconnaissance systems for the F-16 jets the Egyptian Air Force uses. A Knox class frigate, with the flag of Egyptian Navy. Wikimedia Commons

Columbia Group provides $10.6 million-worth of unmanned vehicle systems, along with technical training, to the Egyptian Navy.