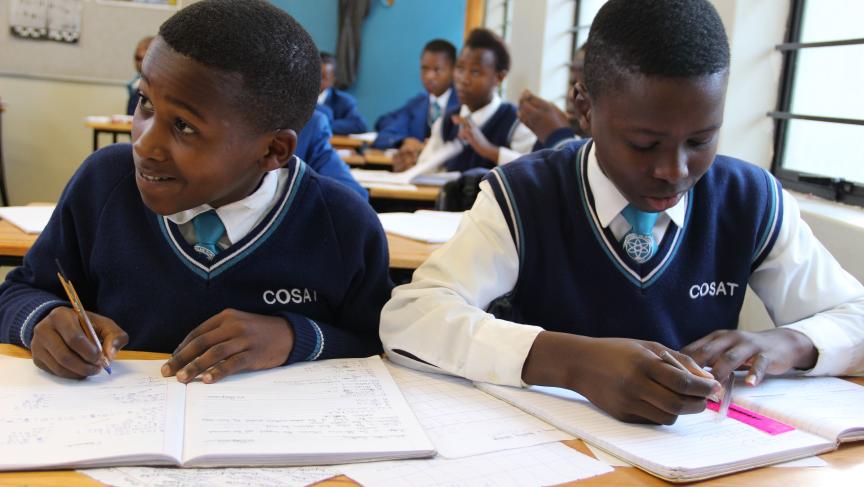 A few weeks ago, I met a student from the University of Cape Town (UCT). Our conversation made me reflect on an interesting dilemma facing COSAT.

The UCT student was a junior who had grown frustrated with her school. I asked why. “I feel like they’re just pushing black students through the system,” she said.

In her opinion, the school’s top priority was making sure that black students, like her, graduate. She felt a disproportionate amount of support was going toward struggling students – many of whom are from disadvantaged backgrounds – and not enough support was going to help the best students excel.

UCT has long been criticized for admitting students who are underprepared. The school has a lower standard of admission for black and mixed race applicants, many of whom attend poor, underperforming public schools. Nearly half of these students, once admitted to UCT, never graduate. To address the problem, the school has begun identifying at-risk students and giving them extra academic support.

But what about black students who aren’t struggling, like the junior I spoke to?

“Whether I get As, Bs, or Cs – that doesn’t really matter to UCT,” she said, “as long as I graduate.” I asked what made her feel that way. She shrugged. She said it was just the feeling she got – and she said many of her friends felt the same way.

I wasn’t sure what to make of her comments. But they got me thinking about a similar challenge facing COSAT.

When the school was founded, 14 years ago, it was much smaller and more selective than it is now. “The idea was to find the most gifted township kids, and give them an education that was truly on par with private schools in the suburbs,” said Estelle van Schuur, a biology teacher at COSAT who served as the school’s first principal.

She said, in the early days, COSAT was producing a lot of high-achieving students, and they went on to top universities. The school got a lot of attention and racked up the awards, many of which still hang in COSAT’s lobby.

Then, the government came knocking. It forced the school to expand so that more students could attend, and the province’s woefully low graduation rate could get a boost. COSAT was forced to lower its standard of admission to meet new enrollment requirements. With more struggling students in classes, teachers had to dedicate more of their time to Saturday school and remedial lessons.

Meanwhile, special opportunities for top students – like trips to science fairs and math competitions – became more limited, and were shared among a larger group of students. Perhaps not coincidentally, the number of high-performing students at COSAT has declined.

What are we to make of these trends?

On the one hand, it’s great that UCT and COSAT have opened their doors to more students. Clearly, giving more learners access to these institutions benefits them, as well as their families and communities. But, on the other hand, top students may be losing out, as attention is focused elsewhere. That could be a detriment to them, their communities, and even the country.

Is it possible to serve large numbers of underprepared students, yet still push top students to be their best? That’s a question both institutions are trying to answer.