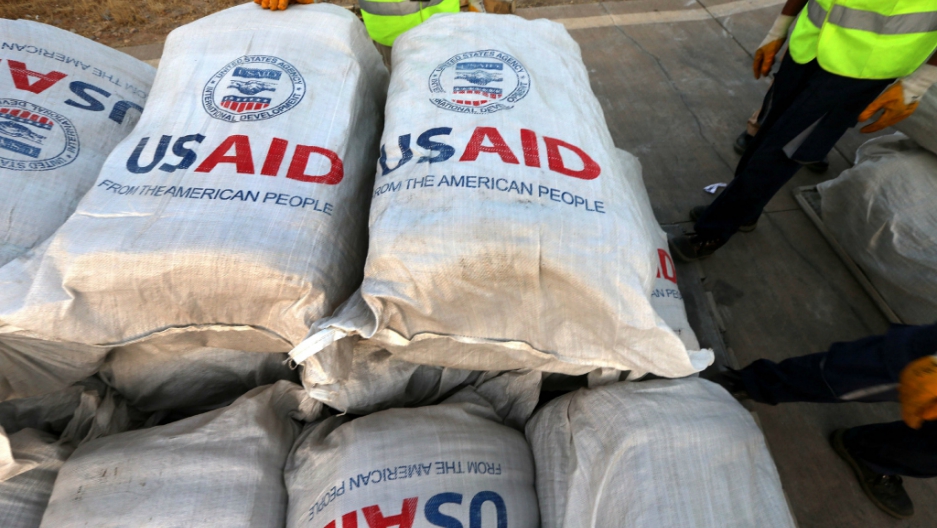 Airport personnel check humanitarian supplies after 60 tons of aid from USAID were unloaded from a plane at the airport in Arbil, the capital of the autonomous Kurdish region of northern Iraq.
Credit: SAFIN HAMED
Share The countries receiving the most American aid aren't exactly posterchildren for a model, peaceful society. Before Sept. 11, Egypt topped the US foreign aid list for 35 years and, so far, the United States has not retracted it's promised $1.3 billion in military aid to the country, despite the army's violent crackdown on supporters of ousted president Mohamed Morsi. The table below has the exact figures: