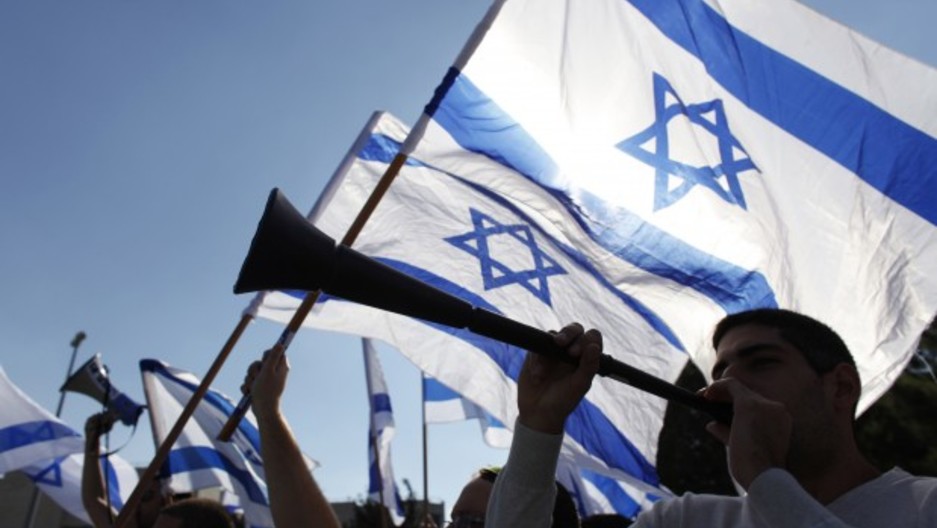 A man blows a horn as others wave Israeli flags during a demonstration supporting soldiers in Israel's military operation in Gaza, at the Hebrew University in Jerusalem November 15, 2012. A Hamas rocket killed three Israelis north of the Gaza Strip on Thursday, drawing the first blood from Israel as the Palestinian death toll rose to 13 and a military showdown lurched closer to all-out war with an invasion of the enclave. REUTERS/Ammar Awad (JERUSALEM - Tags: POLITICS CIVIL UNREST MILITARY) - RTR3AFRV

Share
Aides to Israel's Prime Minister are working on a new plan to spread the government's message. Published reports say they're recruiting "shadow spokespeople" within Israel's seven universities to engage in online public diplomacy. The students would post on social media networks such as Facebook and Twitter on Israel's behalf, in numerous languages, without necessarily identifying themselves as government representatives. Israel would spend about $840,000 to support more than 500 students. Host Marco Werman talks with reporter Daniel Estrin in Jerusalem.