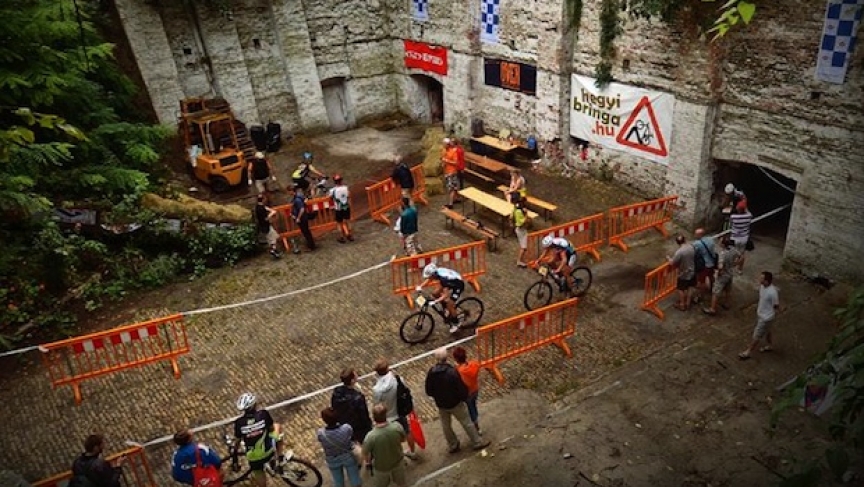 Cyclists get ready to enter the vault. (Photo: Underworld Kupa)

There aren't too many places around the world to go underground bicycling.

There's an abandoned copper mine in Ontonagon county in Michigan. You can rent a bike and headlamp to explore old mines beneath Slovenia's Karavanka Mountains.

But we're looking for the site of the Underworld Cup in Hungary.

The event attracts hundreds of mountain bikers who love the thrill of navigating dark, narrow tunnels.

In the springtime, the limestone mines get flooded. Some locals even don scuba gear to explore the submerged maze of tunnels.

So can you name this city on the banks of the Danube River that's one of the largest cities in the European Union, and home to an annual subterranean bike race.

Mountain bikers like to ride off road and the bumpier the better.

Wall Street Journal reporter Veronika Gulyas ventured out to the Hungarian-Kobanya stone mine on the outskirts of city to see the race for herself. She says it's a little surreal down in the abandoned tunnels with all the echo, and dark, narrow tunnels.