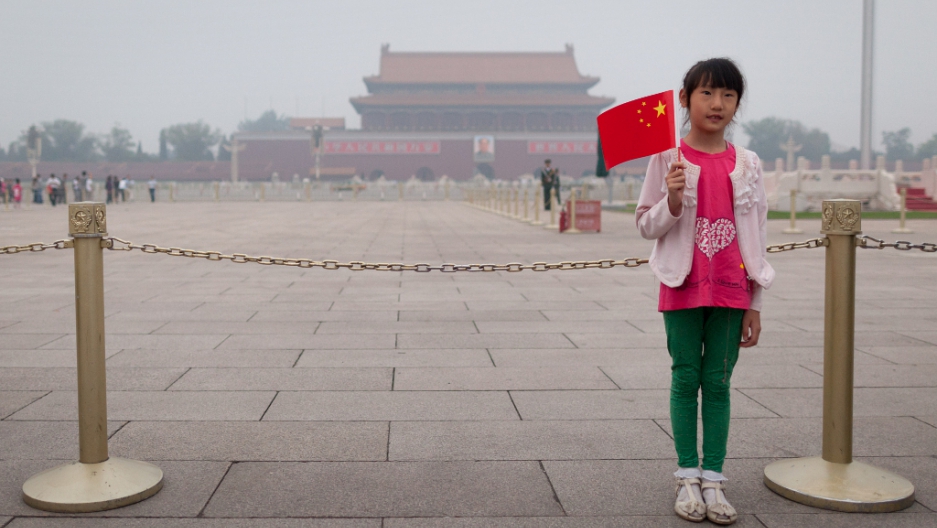 HONG KONG — Since President Xi Jinping took power late last year, he has paid frequent lip service to the idea that China must “firmly establish” the rule of law and uphold its constitution. (Yes, China has a constitution.)

So why has China begun a crackdown on activists who are calling for the very same things?

The most recent and prominent victim of this increasingly overt campaign is Xu Zhiyong, a scholar of law and founder of the New Citizens’ movement.

Xu was arrested in mid-July on charges of “assembling a crowd to disturb public order.”

Considering that Xu had been under house arrest since April, the absurdity of the charges sent a clear warning to fellow activists who, like Xu, have demanded that China’s government obey its own laws.

“There is absolutely no doubt [among activists] that this was a signal,” says Eva Pils, expert on human rights law at the Chinese University of Hong Kong. “It’s a thought-out measure that is really against this movement, and not just Xu personally.”

The New Citizens’ movement is, as the name suggests, quite new. Launched in 2012 by Xu and several others, it’s a loose collection of activists and sympathizers who try to work within China’s legal and political systems to gain the rights promised in China’s 1982 constitution, which include freedom of speech, assembly, and the press.

In its founding pledge, the group describes itself as “Chinese citizens searching for justice and the rule of law [who] resolve to mutually abide by the principles of conscience, duty, democracy, the rule of law and the concept of the ‘modern citizen.’”

Spread across China, New Citizens hold meetings online and organize monthly “civic meals” in different cities to discuss current affairs. Some distribute blue-and-white badges that say “citizen.” The organization is theoretically leaderless, though Xu is its most recognizable figure.

“The main thing really is they want to reach everybody with this idea: We’re all citizens, this is the one thing the state can’t take away from us,” says Pils. “Of course, that then acquires a very rich political idea.”

Last week, members of the movement smuggled a video of Xu Zhiyong out of prison. In it, an unshaved and handcuffed Xu said he was willing to “sacrifice anything” for freedom and the public good. He urged fellow Chinese to “put the word ‘citizen’ before their name.”

Xu is hardly the only advocate for constitutionalism who has been hauled in by the police.

On August 11, the activist writer Li Huaping — known online by the nom de plume Norwegian Wood — was arrested in Hunan province and charged, like Xu, with “disturbing public order.” The day before his arrest, Li published a powerful essay arguing that the crackdown marked a “turning point” that would galvanize and unify the movement.

Nine days earlier, on August 2, the journalist Xiao Shu was taken into police custody after writing an open letter demanding the release Xu Zhiyong, and calling his imprisonment a “sabotage of the legal system.”

Activists estimate that since the beginning of the year at least 40 participants in the New Citizens’ movement have been rounded up and detained.

“The detention of Xiao Shu and the closure of so many websites are part of a broader crackdown on critics of the government in China,” says Bob Dietz, Asia coordinator for the Committee to Protect Journalists.

The crackdown comes amid a media campaign attacking the idea of civil rights and constitutional government as a conspiracy of US intelligence agencies.

The irony is that Xu, unlike more outspoken dissidents, has advocated for working within the political system of China, not overturning it completely. In fact, his latest campaign to require high-level officials to disclose their assets would seem to have aligned perfectly with President Xi Jinping’s drive against corruption.

Except, of course, that Xi doesn’t want the Party to be held accountable to any outside power — whether it’s the constitution, or Chinese citizens.

“What [Xi Jinping] has not done is to show any sign of plans to make the Party accountable to the people,” wrote Donald Clarke, professor of law at the George Washington University in St. Louis.

“This does not mean that he and other leaders don’t want real reform in certain areas, or that they can’t accomplish it. But it does mean that reform will not involve outside accountability. We’ll handle it ourselves, thank you very much. Sorry, citizens: it’s really none of your business.”